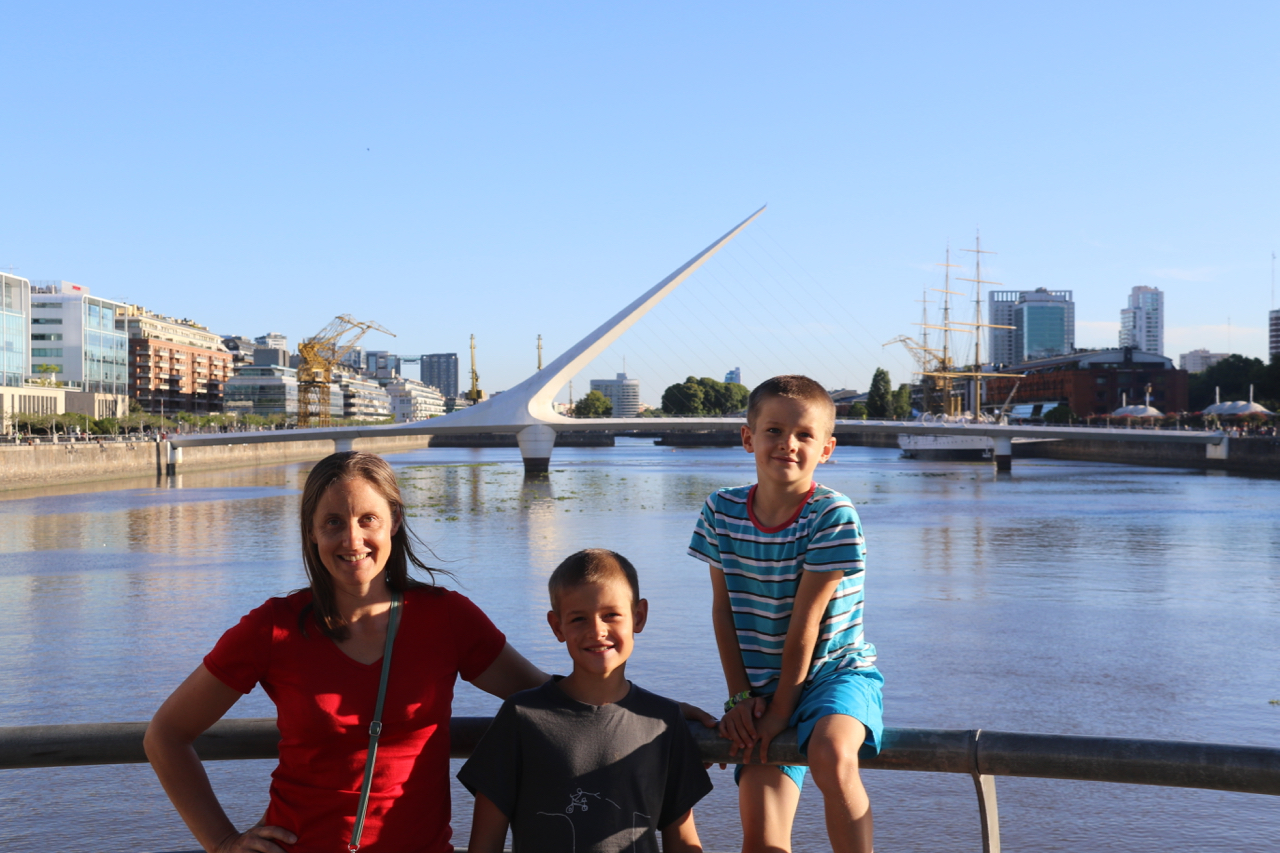 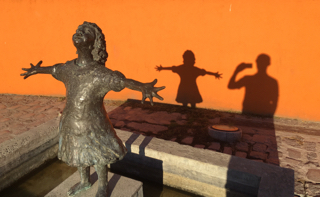 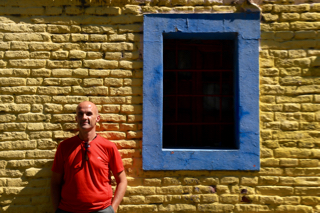 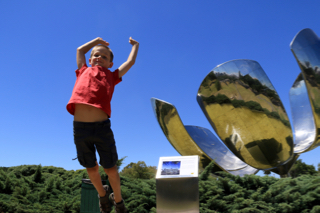 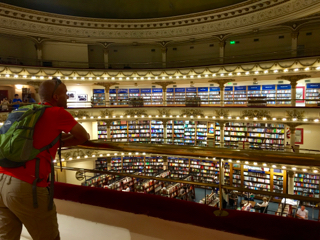 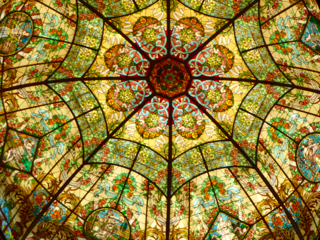 What a lovely start to our trip. Buenos Aires had its heyday about a century ago, so it has lots of buildings with beautiful wrought iron balustrades and gates. And now it's reinvigorating itself and has begun doing up its waterfront, with lots of restaurants and apartments.

Our hotel in Retiro was from the glory days - marble floors and chandeliers and brass railings everywhere. We could walk just about everywhere interesting from there, although the heat made it a slow walk, sometimes.

Highlights include the rose gardens, the flower sculpture in the United Nations Park, and the tour of the Colon Theatre. Food highlights were the pizzas from El Cuartito (take cash!), and Dada, a small restaurant near our hotel with great food and terrific service. The waiter thought Kieran was fantastic, and I'm pretty sure the feeling was mutual.

"Cambio, Cambio, Cambio”. This is what you will most likely hear if ever visiting Buenos Aires. Don't fall victim to all the people chanting this. They are literally saying “Change Money” and have modified the exchange rate a little in their favour.

But there are also lots of people who are nice and show you the way if you are lost. We got a driver from the bus station who taught us some Spanish and showed us the way to the hotel.

There are also lots of nice places to eat. One of the places we ate was shaped like a pirate ship, with cool art on the walls. We saw a sculpture in an alley that looked like brackets. One other place we ate was on the edge of the docks, and they served the national food of Argentina, which is really really good steaks and sausages.

The are lots of homeless people, living in the streets. We often saw them rummaging through the rubbish piles to find something of value to sell. Some made houses out of cardboard boxes and rocks. In a lot of places the streets are torn up just to make these houses.

I think Argentina is a great place to go on holiday, and a great start to our trip.

In Argentina the parks stand out. There are lots of tall buildings and busy streets and dripping water, and then you get to the parks. I think almost every park there was at least one statue, which actually consists of more than one statue. The one closest to our hotel was fun to climb on. It just looked like it would take somebody by themselves about a year to make - to get all of the carvings right and make it all out of stone.

There was a lot of dumpsters. We saw people searching through them for valuable things. We saw one person who was living in a dumpster. It wasn't nice to just walk past them at night.

It was really fun staying in Argentina - it's definitely one of the places I'm going to visit again.

If we're honest, Argentina was only added to our itinerary as a stepping stone to Antarctica (and so we could joke about seeing the world in alphabetical order). But, it has been the perfect start to this trip.

We spent our time mostly exploring the city on foot in the early part of the day, enjoying the hotel swimming pool in the hot afternoons, and then finding somewhere interesting for dinner later in the evenings. The local custom of eating extremely late made it easy for us all to adjust to the new timezone.

I'll remember the landmarks - the bridge in Puerto Madero, the sculpture in the UN Plaza, the prominent Thetro Colon, the colours of Boca and the huge 9th of July Avenue (intentionally designed to be wider than the Champs Elysee, in the early 20th century when Argentina was pre-occupied with trying to re-create Paris in Latin America).

I'll also remember the back streets, where the city has a lovely vibe, with some beautiful old houses and architecture and hipster cafes. The embassy district in Palermo was a highlight.

It's been interesting to experience a big city (population 13 million) through the boys eyes - teaching them about tourist traps, and homelessness, and seeing how much they can schmooze with even the smallest amount of Spanish (literally "I don't speak Spanish!")

We leave Argentina from Ushuaia at the very bottom, the southern most city on the planet. From here we go further south…!