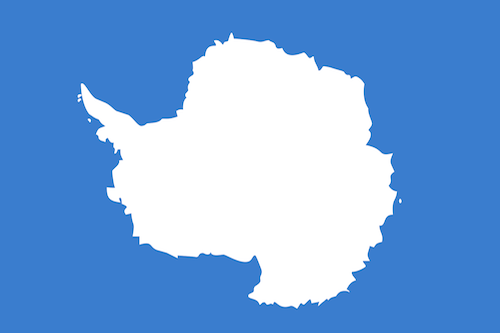 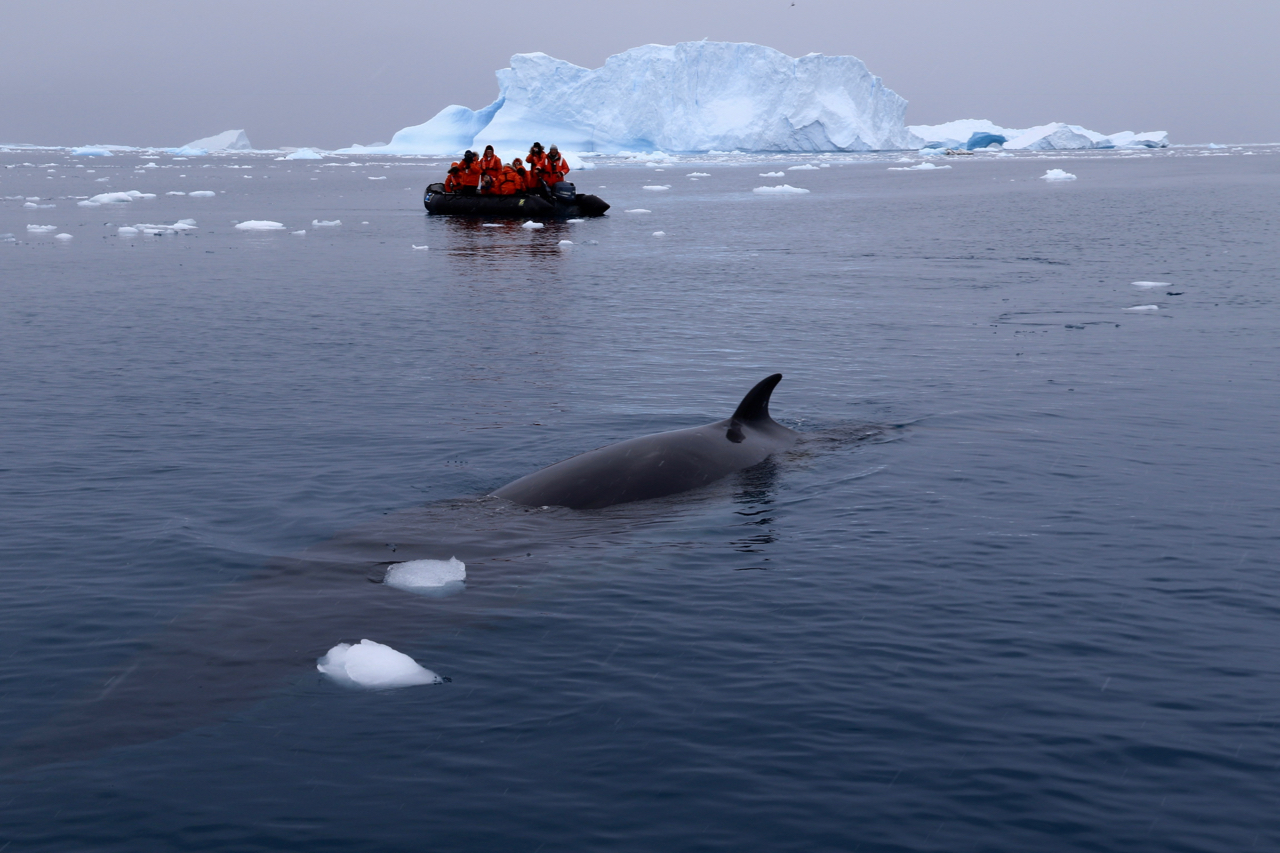 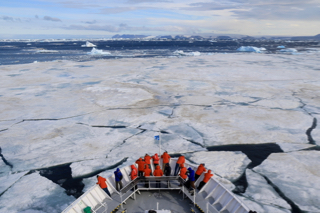 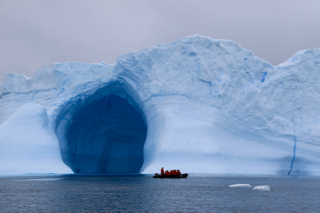 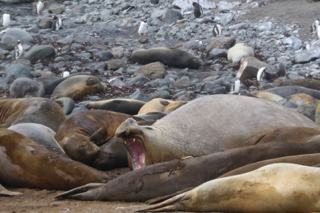 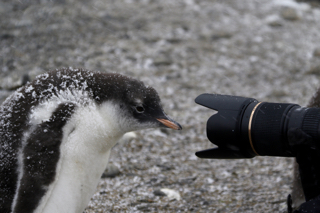 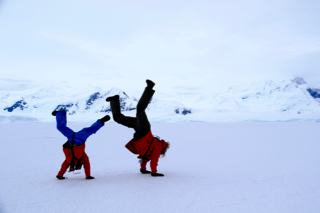 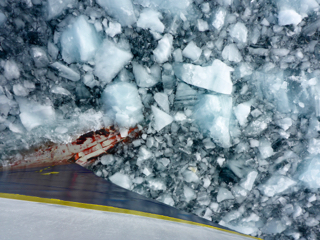 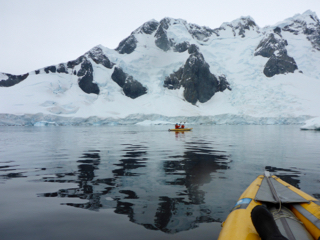 This place is impossible.

For a start the days are too long. There is an infinite amount to see. You just can't take it all in.

There is no way to describe it, without resorting to cliche. The smell of 50,000 penguins mostly oblivious to the invading orange army with machine gun shutters. The sound of an iceberg calving into the sea or the crunch of the ice on the bottom of the zodiac. The silence, otherwise. The sting of the polar water when we jumped in. Or the buzz of seeing a minke whale surfacing only 5m away.

We have words and photos, but they only scratch the surface. We were given a tip at one point to try and include people or animals in the photos of giant icebergs, to try and give a sense of scale. But there is no way to frame them that even comes close to the experience, especially up-close.

It's vast and bleak and seemingly empty. But up close the icebergs are full of deep blue colours and everywhere there are animals that have somehow found a way to make a home in these conditions.

It's also a place I'd assumed impossible to visit. It definitely felt like a privilege to see it the way we did. I imagine in the future meeting others who have also gone, and just quietly acknowledging the shared experience. For everybody else, I don't know what I'll do.

It's hard to adequately convey just how awesome Antarctica is in words or pictures. The scale is so completely different: we saw icebergs more than 30m tall, and kilometres long on each side - and that's literally the tip of the iceberg. But that's hard to visualise from words, and unless you have something else in the picture for scale, it's hard to see just how big they are.

All of the wildlife was some combination of black, white and grey, with occasional flashes of colour in beaks or eyes. But definitely not boring - smelly gentoo, adelie, and chinstrap penguin colonies, with a lone macaroni penguin; albatrosses, gulls, skuas, petrels, and prions; killer whales, minke whales and humpback whales (and a pod of straptooth whales, which unfortunately we didn't get to see - seems like they shouldn't survive); and weddel, crabeater and leopard seals. One of the best bits was the naturalists onboard - we had three to four short talks each evening, as well as longer lectures when the schedule permitted. When we're home, ask us about giant petrels, killer whales, cookie cutter sharks, and those straptooth whales.

We had a great ship. The crew and expedition staff took great pride in showing us as many different aspects of Antarctica as they could. We landed on South Shetland islands, walked on the mainland at the tip of the peninsula, took a short trip into the Weddel Sea, played football on fast ice south of the Antarctic Circle, had our passports stamped at Port Lockroy, and swam (very briefly!) in a bay. The boys were great hits with most of the staff and passengers.

I'd wanted to visit Antarctica for a long, long time, and I'm more than happy to report that the experience exceeded the anticipation.

Antarctica was breathtaking. There is nothing else I can say. After the third giant iceberg, my jaw was on the floor.

Our first landing was not actually on the mainland, but on the South Shetland Island. We landed amongst a good 50,000 penguins, including chinstraps and gentoo, and ruled by a lone macaroni penguin. The smell of penguin poop was detectable even from the ship, albeit faintly. The next day we finally made it to the mainland.

The beaches everywhere were dotted with seals ranging from the fur seals and crabeater seals, to the leopard seals and weddell seals.

Antarctica really is the cleanest place on Earth. Just waking up to the fresh air each morning makes you feel really good. The icebergs out your window as you wake up in the morning, the penguins swimming around the ship blew me away.

The islands are dotted with ice mountains with rocky outcrops. We climbed to the top of one of these. Unlike the islands, the mainland has flat pebble beaches.

All of the weird animals in Antarctica that I saw in the underwater footage made me wonder if we really have discovered all the creatures in the world.

FUN FACT: Seals can sleep just under the surface of the ocean and resurface for air without waking up.

Antarctica was unique. That's the one word I can figure out. Just unique.

Actually, you can get bored of penguins. We saw so many. There were different kinds - the biggest ones were Chinstraps (because they have a black line that goes underneath their chin and back up to the top which makes it look like they have little hats); the coolest one was the Macaroni (it had little tufts of hair that were yellow and sticking out of its head, it had a black beak just like the chinstraps that it was living with, I think it was maybe confused that it was a chinstrap).

The thing I like the most was kayaking near where French explorers lived in a small stone hut over winter.

It's really special to know that you are in Antarctic waters, on the ship, especially when they call out on the speakers "okay everybody, let's get ready for the polar plunge". I couldn't really feel the cold when I jumped in, but when I came out it was all salty and it hurt my eyes.

I think Antarctica was a really amazing experience. I hope I get a chance to go back one day.