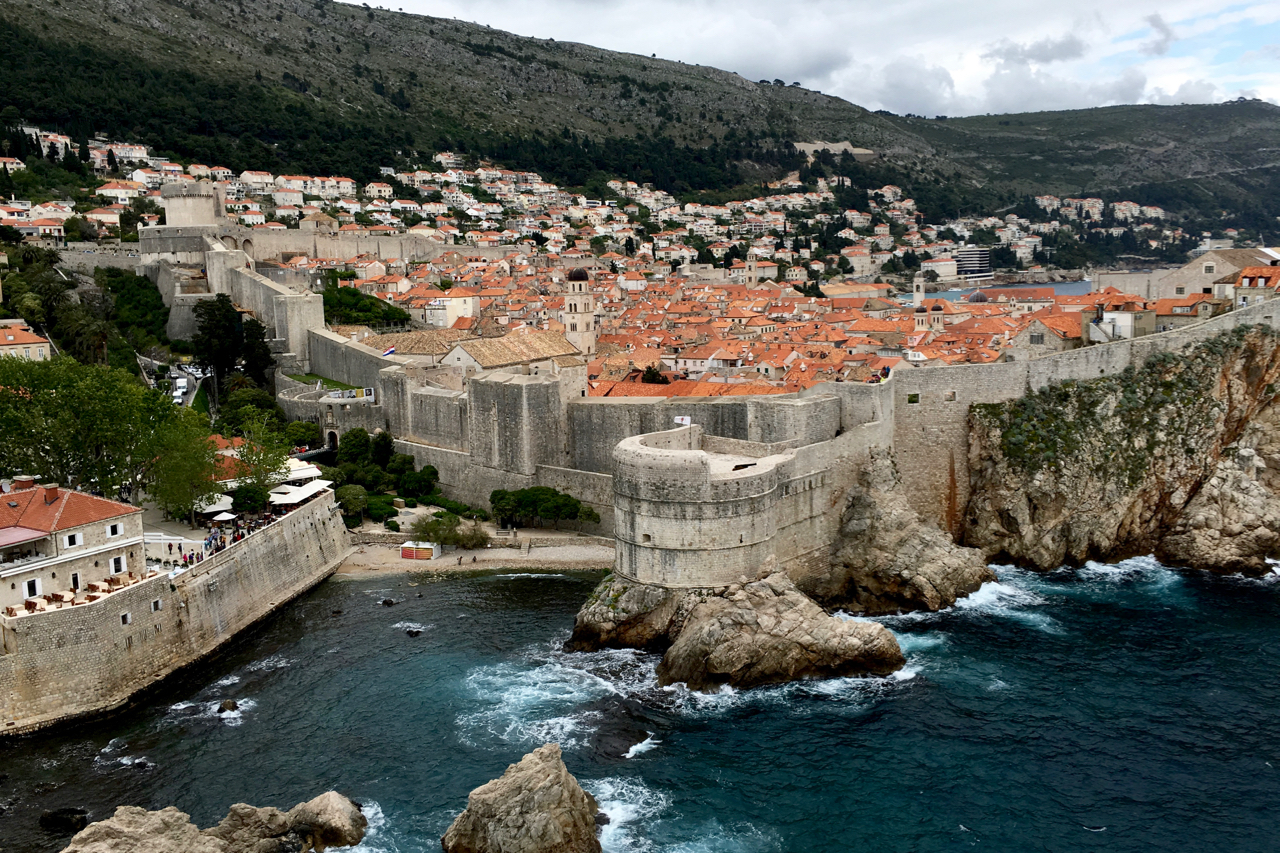 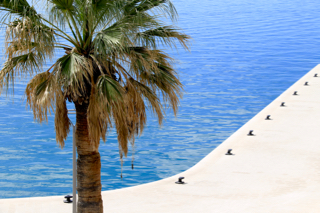 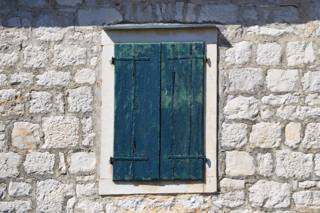 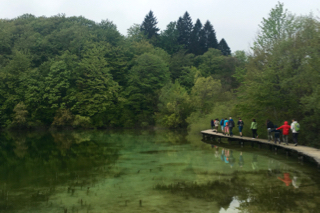 Arriving early in the morning by ferry from Italy, it took us about 15 mins to completely fall in love with Croatia.

We spent most of our time staying in an apartment in Split, on the edge of the compact old town and a short jog from the Marjan forest park. It helped too that our timing was ideal - everything was setup for the impending tourist season, but there was almost nobody there yet. From the second floor I had a beautiful view over the Adratic while catching up on some work and when that was done we were only a few minutes away from shops and cafes. Perfect.

We spent one day on the nearby island of Šolta, where we had the almost transparent blue water pretty much to ourselves. And another day we drove down the coast to Dubrovnik (aka Kings Landing), curiously passing very briefly through Bosnia & Herzegovina both ways. Game of Thrones is to Croatia what Lord of the Rings is to New Zealand, so it was fun to explore the historic fortress and city wall which have doubled as famous filming locations. This was also the scene of some heavy fighting in the early 90s and there is still some damage visible - most obviously, all of the roofs which are relatively new despite the buildings they cover being many hundreds of years older.

En route to Zagreb and our onwards flights we stopped in Plitvička National Park, where the boardwalks allow you to walk right under, around, and in some cases right over the top of the amazing waterfalls.

It feels like we are going to return from this trip with quite a long list of places to recommend to other travellers, but I suspect that Croatia will be near the top.

When we went to Split we did many other things but I'm going to tell you the funniest part ...FROGGY LAND!

At Froggy Land they have about 1000 frogs, but when we went there there was only about 507 on display. Inside there were cases full of stuffed frogs, put in human poses but it said no photos so we didn't get any photos of the frogs. Sorry.

At Plitvička (plit veet char) we went to a National Park full of water falls some were higher than 10m! we even had to walk on bridge-bridges (planks on bridges) because the water got higher than the bridge. At the park there was a really long cave with a path and some amazing stalegmites and stalektites it was so dark so mum had to use her phone torch.

After the hurly burly of Italy, it was wonderful to get to Split and know we weren't going to have to pack up and move for a week. In addition, the weather was warm and sunny, the city was beautiful, and there weren't as many fellow tourists. Bliss.

And it was. The weather didn't always cooperate - in fact, apart from one other day, it was overcast or rainy, and there was even snow on the hills - and a couple of cruise ships bumped up the tourists numbers, but Split is a great city to potter around in. We'd wander into town for lunch and a bit of sightseeing and buy some stuff to cook for dinner, and generally had a very relaxed time.

We didn't spend our whole time in Croatia in Split. We did a couple of day trips - on the other fine day we took a ferry to the nearby island of Šolta, where we saw hardly anybody and had a lovely time sitting by the sea and walking up hills and chilling. And we spent a long day taking a tour to Dubrovnik, which was great for the Game of Thrones fans among us, and for those too young to have seen Game of Thrones, it was still pretty cool - city walls and forts to explore and ice cream to eat - what's not to like? Plus we spent a couple of nights in Plitvička, on our way to Zagreb. Plitvička National Park is famous for its waterfalls, and they're spectacular, but that means a lot of people to share the views with, even on a cold, wet spring day. And we only got to see one thing in Zagreb, but that was the fascinating Museum of Broken Relationships - recommended whole-heartedly.

Because we visited so many different places in Croatia, I'm going to divide my post into 2 short-ish parts, so I don't go on longer than last time.

As well as being one of the cities in mum's favourite TV show, Game of Thrones, Dubrovnik was cool for all of us. The way all of the surviving medieval cities around the world have been turned into a modernised adaption of the old times, with the walls surrounding the 'old town', with all of the historic buildings inside. But from above, the 'new town' (still part of the same place, but outside of the walls), spews with concrete and metal out of all the numerous city gates, spreading web like roads and wires everywhere. But Dubrovnik has the biggest walls for me so far; they stretch to just over two kilometres long! We managed to get in a three hour walk around the city walls. They are renovating the seaward face of the walls, so they had set up a rickety wooden scaffold on the outer edge. It was terrifying, But the view was most definitely worth it! On the other side of Dubrovnik's small bay is a large castle fortification, called Fort Lovrijenac (lov-ry-arn-ark). The ancient Dubrovnikians thought it would be better to have a double sided defence, obviously.

Solta was the small, U-shaped island off the coast of Split, that we visited on the day before we went to Dubrovnik. Here we did many fun things, including a walk to the lighthouse on the end of one arm of the U, and playing with pumice that drifted into the beaches there. This is why Kieran and I dubbed it 'Pumice Rock'. The biggest one we found must have been at least 50cm long, 20cm wide. In a solid, floating rock. But there were many small pieces as well, one of which we kept, so I'm looking forward to a relaxing foot rub!

But, despite all the amazing experiences in Croatia, now it's off to Singapore, the City of Lions, for the next phase of our trip.