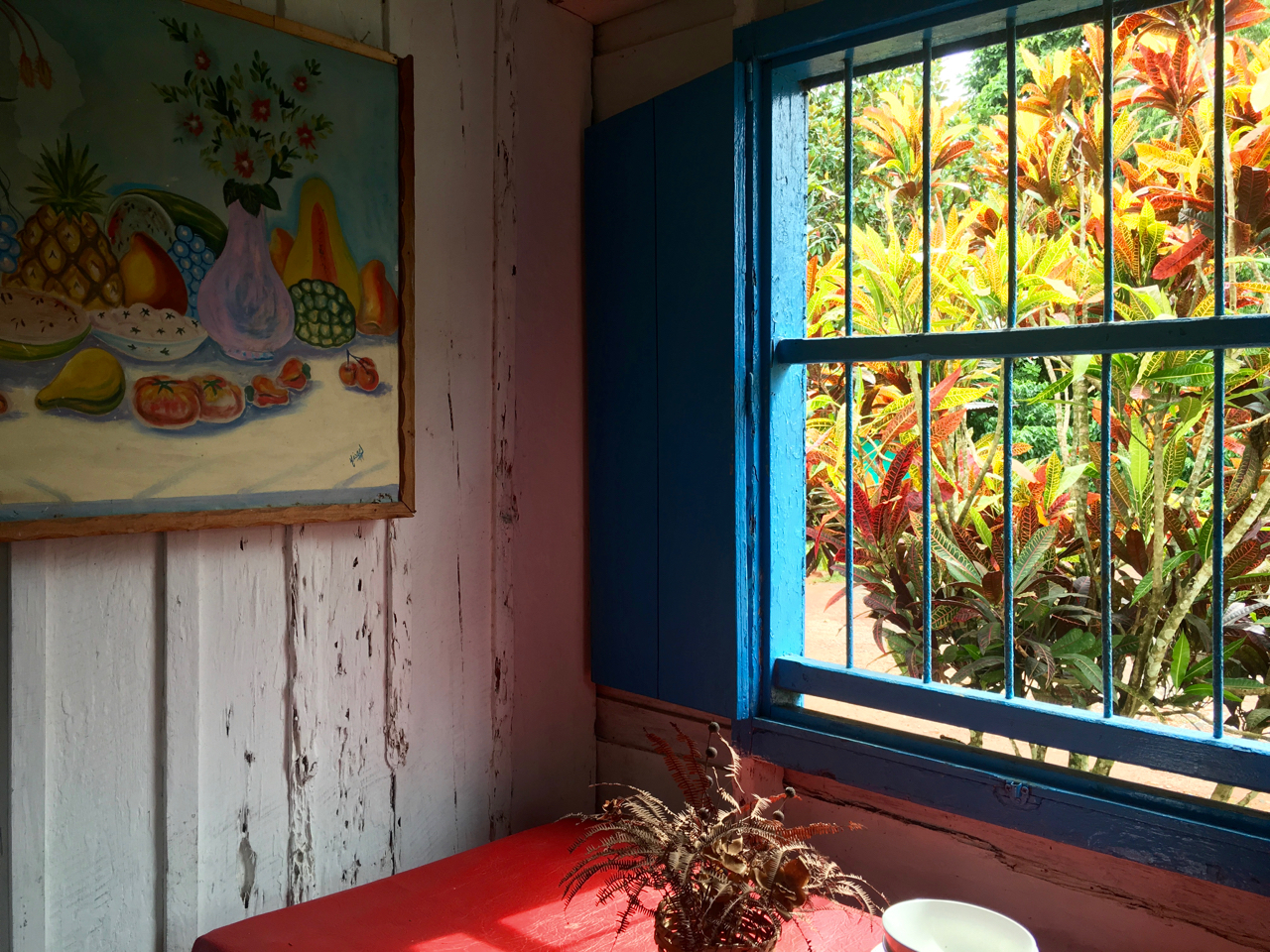 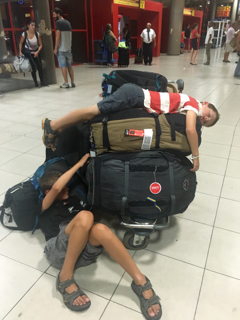 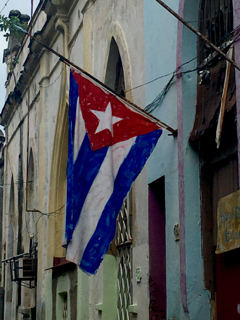 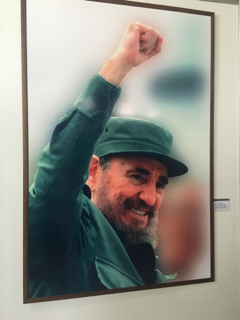 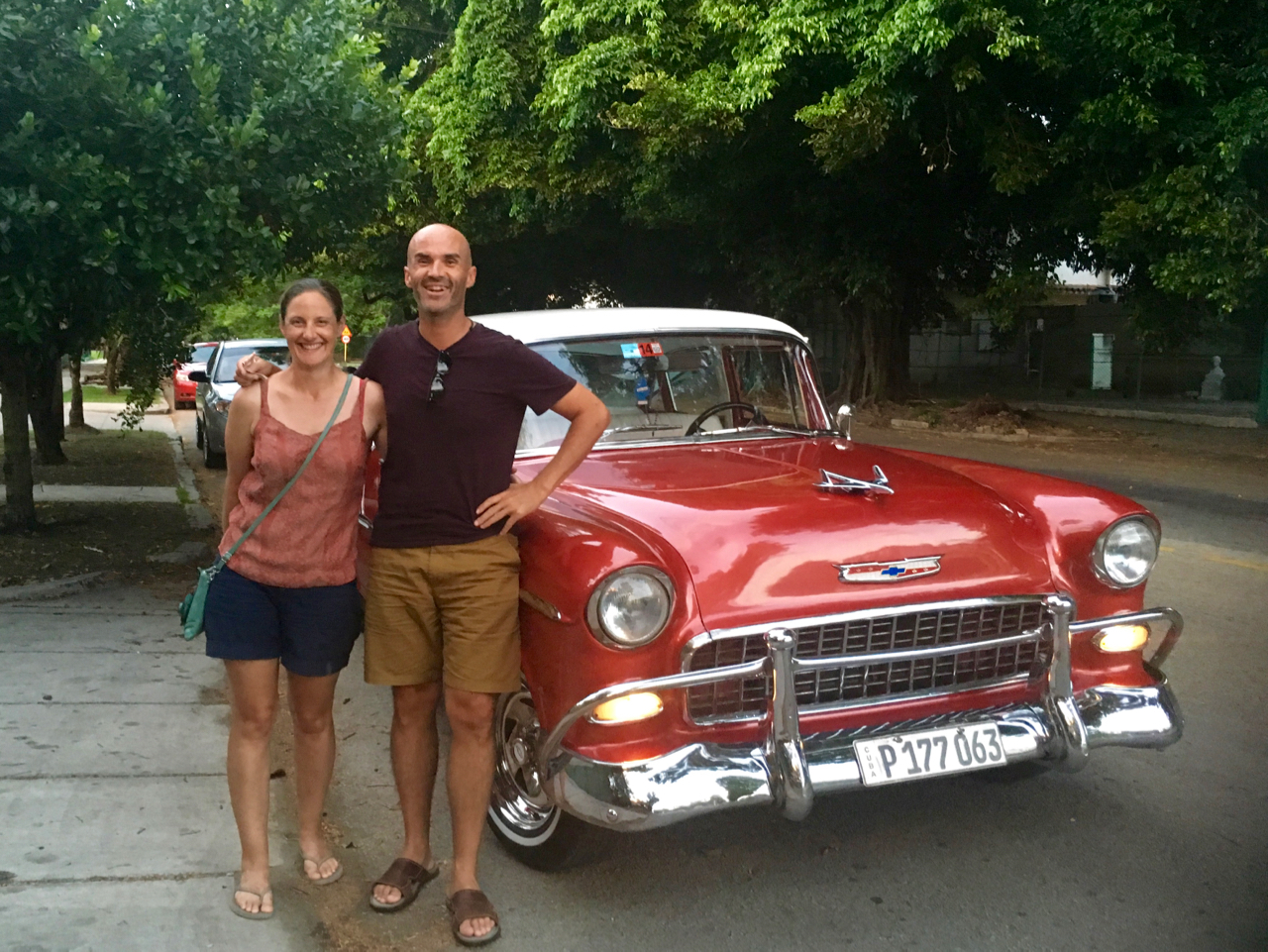 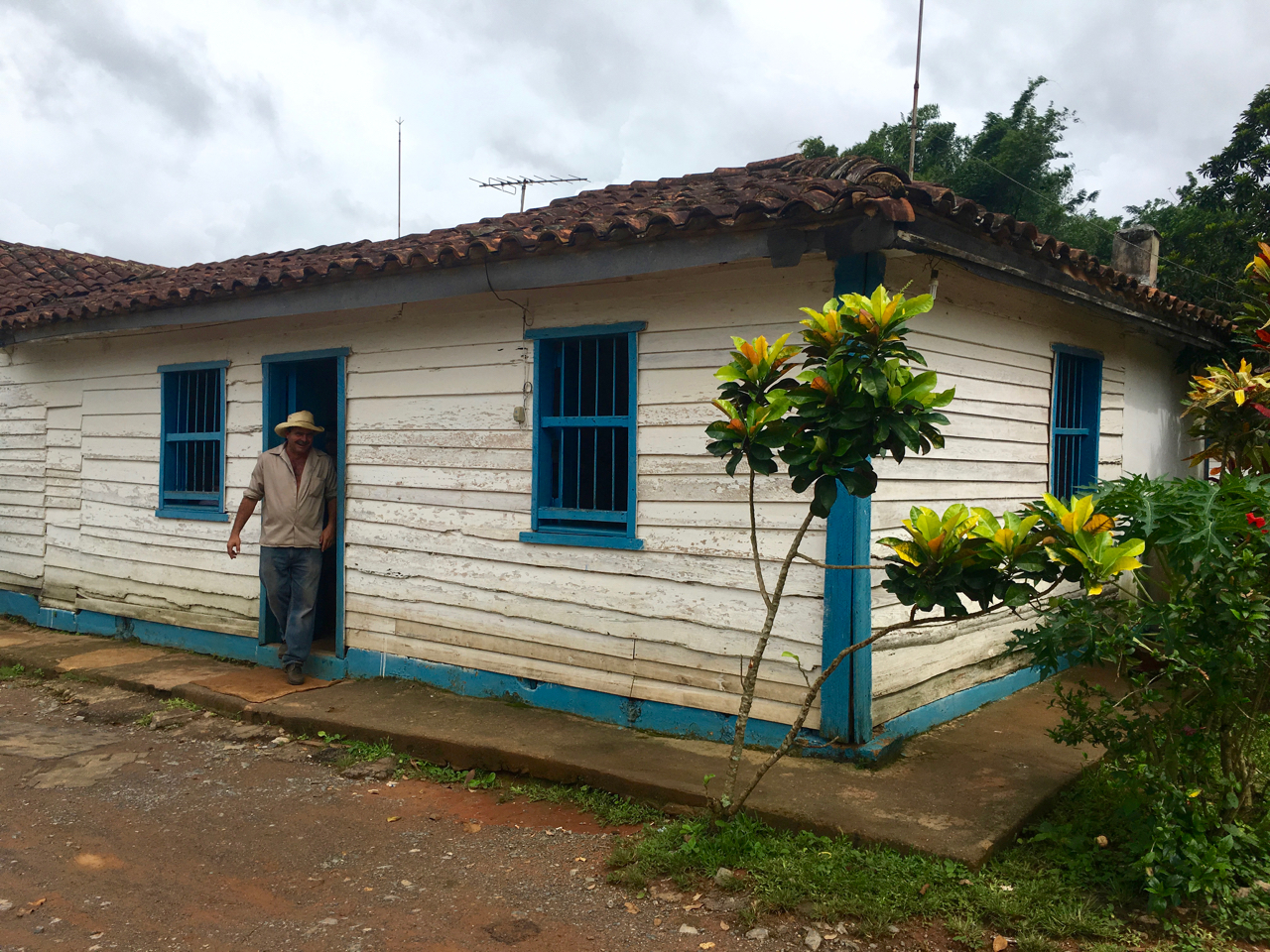 So. Cuba. A day of travel to get here was slightly more exciting than it had promised to be when we made an unscheduled stop in Cali, Colombia, to take on more fuel. Our transfer in Panama, which was supposed to be nearly two hours, ended up being leaving one plane, walking two gates, and immediately boarding (last call!) at a second. We were sceptical that our luggage would come with us, but full credit to the luggage handlers in Panama, all our bags arrived safe and sound.

The combination of heat, humidity and being based a cab ride from town meant that we didn’t spend as much time sightseeing as we might otherwise have done. We hadn’t done enough research about what to do in Cuba before we arrived, and didn't have internet at our Casa Particular (private rental). But the arrival of Sacha and Maciej, who shared this leg of the trip with us, got us out and about.

Old Havana is a study in faded glory: classic American cars with windows that won’t close; hotels whose heyday was close to a century ago; bars still trading on the recommendation of a writer who died in 1961. But the people and the music are vibrant, possibly thanks to the incredibly cheap rum (paying more than $US4 for a daiquiri is a ripoff). Most of the time, we just wandered around, admiring the public art (both official and not) and sheltering from passing rain in bars when necessary, but we did visit the Museum of the Revolution. I would’ve liked to have a bit more background before I visited - I felt like I was getting details to fill in a framework that I didn’t have - but it was still interesting, not least as a lesson in propaganda. I’m sure Western museums are just as biased, but better at hiding it.

We spent a couple of days out of town, one at the Playas del Este, the beaches east of Havana, where we swam in the Caribbean and watched the locals enjoy the sun. And one day tour to Viñales, the western-most province, where we visited rum and cigar factories, a limestone cave, a “prehistory” rock mural, and the home of a tobacco farmer. It was here that the impact of the fall of communism in Europe was most evident. Cuba’s exports fell 85% in the early 90s, and support from Russia for the agricultural sector vanished. Combined with the end of subsidised oil imports, this has led many farmers to abandon mechanisation and return to ploughing fields with oxen, and using ox- or horse-drawn carts to transport their produce.

The internet had not led us to expect much from food in Havana, but we had a list of recommendations from the owner of our Casa Particular which were all excellent. Many of these were in walking distance of our house in the embassy district, and were in converted houses. It was slightly surreal to walk down a very residential street and find a paladar, or private restaurant, unobtrusively tucked between two houses. The two most memorable of these were Paladar de Liliam, which had a beautiful garden, great food and excellent presentation (see Kieran’s update), and 1958, which also had great food but was mostly memorable for the excitement we had getting there the first time. A thunderstorm had moved in half an hour before we’d planned to leave, and despite delaying in the hope it would’ve passed, it was still torrential when we set out. The stormwater system had not coped with the downpour, and the main road we needed to cross had turned into a foot-deep, swiftly flowing river. We thought Sacha had lost her shoes when she stumbled in a pothole, but she managed to rescue them and continued on our way. This little adventure meant that when we had taxi rides through rainstorms in classic taxis with non-functional windows (or roofs), we laughed rather than feeling too hard done by.

It'll be interesting to come back in a few years and see if the thaw in relations with the US has changed things. More money in the economy can only be a good thing, but it’s likely to change things well beyond tourism - doctors, for example, earn less than taxi drivers can, and are forbidden from practising medicine privately. And the price of drinks will almost certainly go up. But if the country takes it, it’s an amazing opportunity to plan an increase tourism without losing the character that draws the tourists. And the spiders will still be enormous.

PS I thought Dragon would have the ear worm for this leg of the trip, but it turns out “Guantanamera” is much, much, much stickier. You’re welcome.

My Cuba update is going to be really short.

In Cuba there are really nice places to go to like the beach, and our house. If you can, try to avoid any torrential down pours. And try not to slip over in the rivers they call roads. If you want internet go to the nearest hotel and see if they have wifi.

The things I personally liked most in Cuba are:

1. My favourite dinner was at a place where I ordered a fish fillet and I got a live gold fish (as well as a fish fillet).

2. When we went to Plaza de Armas I played the bongos.

3. When we went to the Revolutionary museum there was a life sized wax model with two live kittens!!

After the rush and buzz of Rio our first few days in Cuba were spent lolling around feeling quite low on energy, not helped by the heat. Then the next few days, after we were joined by Sacha and Maciej, feeling a bit guilty about that, when the rain set in.

We all stayed in a big house in the embassy district, just out of town, and took the opportunity to visit a few of the local restaurants at the recommendation of our hosts, braving streets temporally turned into raging rapids courtesy of torrential rain and spiders as big as my foot (actually only the one, and to be honest we only noticed when I nearly stepped on it, but that was enough). Luckily the food was more than up to the challenge.

We made it into the old town to explore most days and it was great to soak up the atmosphere, especially in the early evening when the music starts up.

Towards the end of the time we also spent a day at the tourist beach on the far side of town - it was fun to dip in the Caribbean and sip cardboard juice box rum on a very hot day.

Walking around, the old city Havana feels like it's on its last legs. The buildings are crumbling, there are piles of rubble in the street and many buildings are surrounded by walls indicating either a building site or risk of collapse (or both!) Many of the cars are straight out of the 50s/60s. It's interesting to imagine the country as it was in its heyday. The bright colours, while faded, are still visible. It's chilling how quickly, in the grand scheme of things, you can get from there to here. It's a living warning, I suppose, to all complacent developed cities.

I found myself feeling torn. On one hand it was great to have the opportunity to visit while it still survives in this state. The first scheduled commercial flight direct from the US in 55 years landed while we were there. The flag is flying again on the US embassy on the waterfront (the "Homeland or Death" mural right across the street a reminder of how curious that is). It's impossible that the influx of tourists won't dilute it. But on the other hand, the money that increased tourism and contact in general with the outside world will inevitably provide is so obviously needed that it would be very cold to begrudge the locals that. One was quick to remind us that, as it stands, the embargo is still in place.

I suppose, on a trip this long, there is a risk that one place blends a little into the next. Thankfully so far at least we’ve managed to avoid that by visiting a bunch of very different places. Cuba is no exception. There is a lot we’ll remember from our time here. And, possibly, if we ever come back, the memories are all we'll have to remind us.

When we got to Cuba, all we wanted to do was lie down, after running from event to event in Rio. It was really hot, unless it was raining, in which case it was wet. REALLY wet. The roads turn into rivers knee deep, and the footpaths get covered in soggy rubbish. But when it wasn't raining, you could usually find us sitting on the chairs on the deck, reading books on our kindles.

In Cuba we met Sacha and Macije (March-ay. He is Polish). It was really good to have someone to talk to other than ourselves.

In Cuba there was a revolution in 1959 and they have not had many new things since then. This means that most of the cars and houses and clothes, and pretty much everything else is from before then. Even the taxis give you a modern option - with seatbelt and electric windows - or a 50s option - without seatbelt, windows, and sometimes without roofs, which was fun, except if it was raining.

We had all sorts of food in Cuba, from a fancy-ish restaurant just down the road called 1958, to a small cafe of the Plaza de Armas. But in all of the places I had one thing; Fresca Limonada, or fresh lemonade. The reason for this is probably that the Cubans put sugar in them. Meanwhile the others enjoyed everything from Mojitos to Daiquiris.

Overall, Cuba was pretty good, apart from the smell in the back streets.