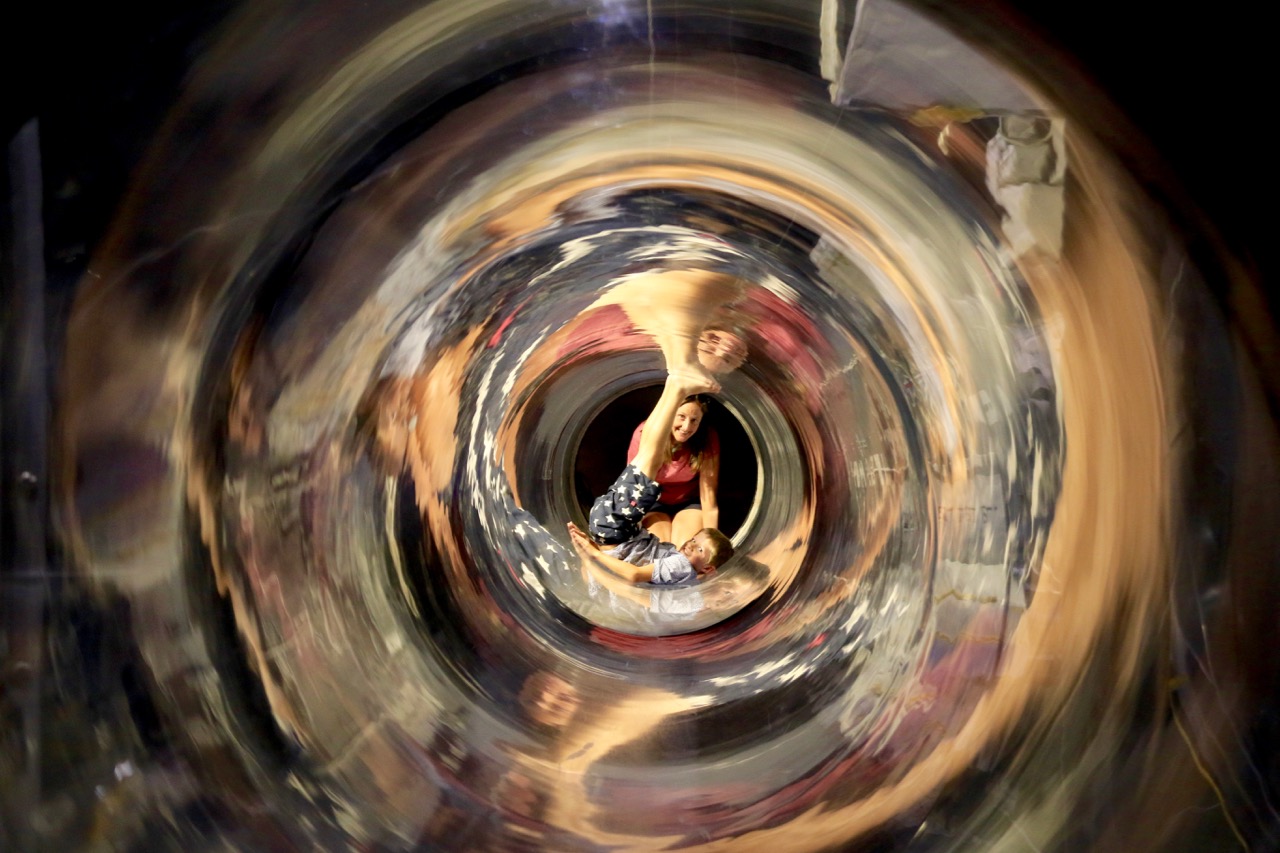 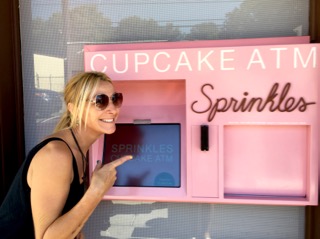 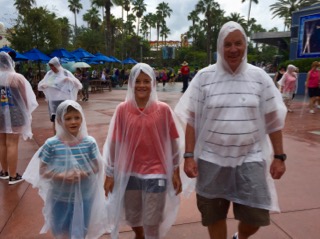 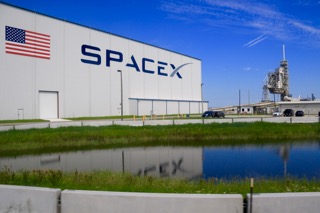 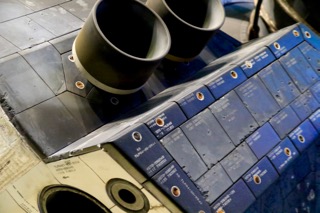 When we went to Disney World, the first place we went to was the Magic Kingdom, and the first place there was Tomorrowland. We went straight to Space Mountain. It was so cool because you went on a roller coaster in the dark. It was really cool. It was the best ride we went on there. Then we went to Frontierland and we went on Splash Mountain. I was sitting next to Grandad so I had to hold onto the bar so I didn't fly off into space because his legs were too big.

The second park we went to was Hollywood Studios. Grandma and Grandad were too chicken to go on the Tower of Terror, but they did go on the the Rock-n-Roller coaster because the description was hop in a stretch limo and ride through the streets of Hollywood. But the when we went on it, we were in a superstretch limo that went really fast from standstill and they were scared. We also went to the Star Wars launch pad about a million times because they had a game we could play.

On Grandma's birthday we went to Animal Kingdom. The best bit was Dinoland because it was fun. Everything else was a bit boring. We dug for fossils and found a wooly mammoth. Grandma and Grandad liked Animal Kingdom because everything there was slow moving.

Before we left the USA we also went to the Kennedy Space Center. NASA is planning to go to Mars and we did a virtual reality walk on Mars. We saw the Saturn V rocket which went to the moon and the shuttle Atlantis. It was really awesome. If you go to Disney World, take a day to go to the space center.

I’m not going to lie - when we first made a list of all of the places we wanted to visit this year neither Orlando, Florida or Nashville, Tennessee were on it. But nonetheless we ended up here, and for different reasons we’re going to remember this little interlude of our trip quite fondly.

After our fortnight together in Mexico, Mum and Dad offered to take the boys for an adventure to Walt Disney World in Orlando, while Emily and I escaped to Nashville, where we spent a relaxing and rejuvenating couple of days hanging out with our old friends, Geoff and Ange (actually, they are not that old! ;-). We took in some local sights, sounds and tastes (the sounds of Nashville are much more widely known and appreciated, unless chicken fried chicken is your thing). But mostly we just enjoyed catching up, sharing some stories of the trip so far and reminiscing about former lives in Wellington.

Returning to Orlando to collect the boys we managed to squeeze in a full day at the NASA Kennedy Space Center at Cape Canaveral, where we got to tour the launch pads (checking out the new SpaceX facilities and some of the history from the Apollo missions), take a virtual reality walk around Mars, and then check out the space shuttle Atlantis, now grounded but preserved in its original condition and quite amazing to see up close.

It seems like a life time ago we landed at SFO to mark the end of our time in Asia and the start of our time in America. After detours via Brazil, Cuba and Mexico, this was a fun full stop. Now, Africa...

Orlando was very different from everywhere else we've been. In Disneyland, you feel like you have options, but really everything is designed to be done in a certain order, and then you choose to do them in that order.

We stayed in Fort Wilderness cabins, which are all made of wood and surrounded by forest. Mum and Dad went off to Nashville, because obviously the happiest place on earth isn't happy enough for them. We were looked after by Grandma and Grandad, who were pretty chicken on most rides, but were better than nobody.

On our first day we went to the Magical Kingdom. We did every single Tomorrowland ride, and also some of the Adventureland and Frontierland rides. Unfortunately, Mum's favourite ride, which is also one of my favourites, was closed for 'repainting and general repair'... :-(

On our second day we went to Hollywood studios. We saw the Indiana Jones stunt team do a film shoot, and we went on Grandma's 'least favourite ride in all her life', the Rock'n'roller-coaster. We also watched the Muppet Show live, and spent half the day in the Star Wars section. We weren't allowed on the Tower of Terror, even though we had done it before with Mum and Dad.

On our third day we went to Animal Kingdom. We did the wilderness explorer patches, and did a safari. But it will probably be a little less realistic than our next one which is in South Africa!

On our final day we went to the Kennedy Space Center Visitors Center and saw the rockets and NASA's plans for people on Mars. They have a rover and spacesuits too. We did a flight simulator shuttle launch, and tried to fit into an Apollo module.

One thing I’ve learned this year is that I need the break from the kids that school provides. So one of the things I especially enjoyed about our return to the USA was the 60 hours or so we spent without the kids.

Rowan’s parents offered to take the boys to Disney World after Mexico, so we quickly started thinking about where else nearby we’d like to visit. We decided that it would be really cool to catch up with Ange and Geoff, old friends who are now living in Nashville. So we did, and it was.

We arrived in Nashville without much of a plan of what we wanted to do there. Google suggested the Cheekwood sculpture trail, and our Uber driver recommended a cupcake ATM. So that's what we did.

Cheekwood is a mansion, built just over a century ago by the Maxwell House coffee family, now open to the public with beautiful gardens and art indoors and out. The sculpture trail winds through woodland, many of the pieces blending in with the surroundings. One is a dead tree/human figure cast in bronze that Rowan and Geoff walked straight past without noticing. Both my favourites were pieces you could enter - a glass bridge and a sort of cave with a circular opening to the sky, which really encouraged meditation, as well as an exploration of the acoustics!

The only meditation inspired by the cupcake ATM, on the other hand, was what flavour you wanted. Once chosen you watch as a robot arm picked out the cake, then the door to the right slid up, exposing little pink boxes of goodness.

But the highlight was definitely catching up with people we hadn’t seen in too long. We spent a lot of time talking with Ange and Geoff, and their charming daughter, but it felt like we’d only just scratched the surface of things to discuss, meaning Nashville is another place to add to the long list of places to go back to.

Back in Orlando and we spent our one full day there at the Kennedy Space Centre at Cape Canaveral. I found it a bit sad, like visiting a former sports star whose conversation revolved around past glories, but fascinating nonetheless. At least the past glories were pretty glorious - the scale of the Saturn V rockets, for example, is something that can’t really be conveyed in pictures. And it’s not all nostalgia - there was a big exhibit and virtual reality experience about their plans for Mars. We’ve all read and seen The Martian, so that was a big hit.