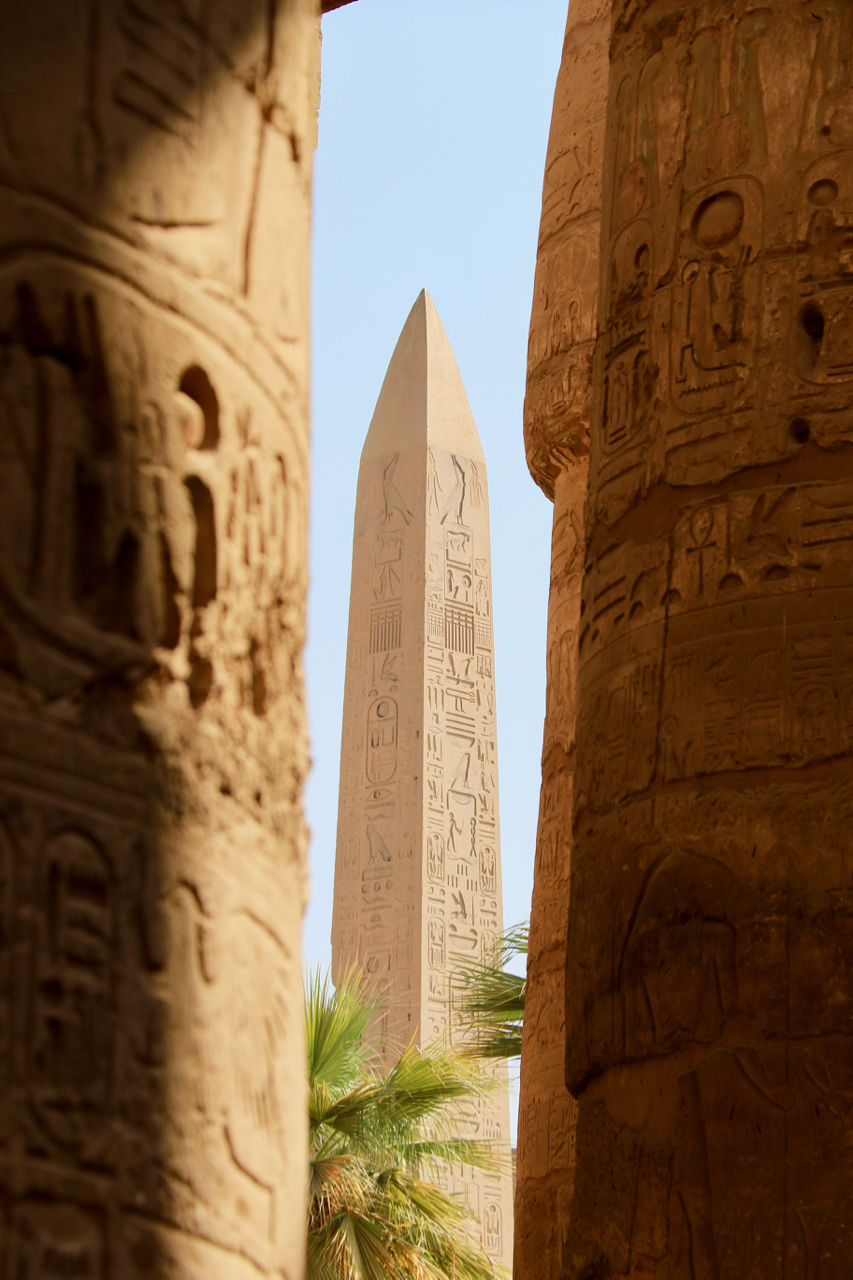 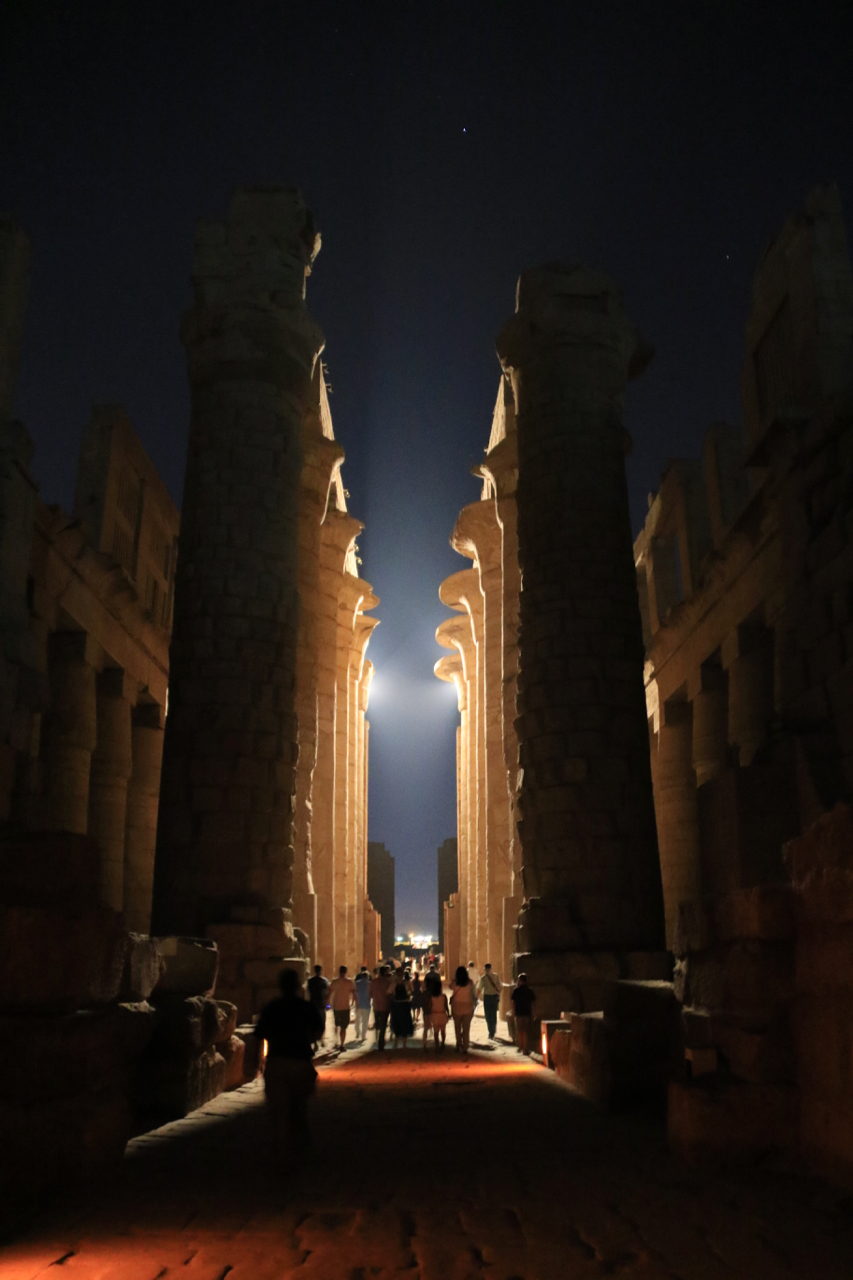 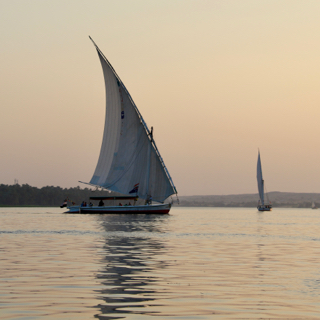 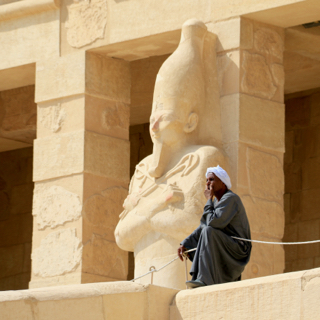 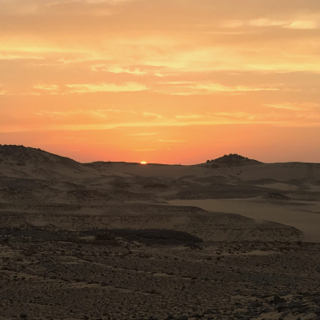 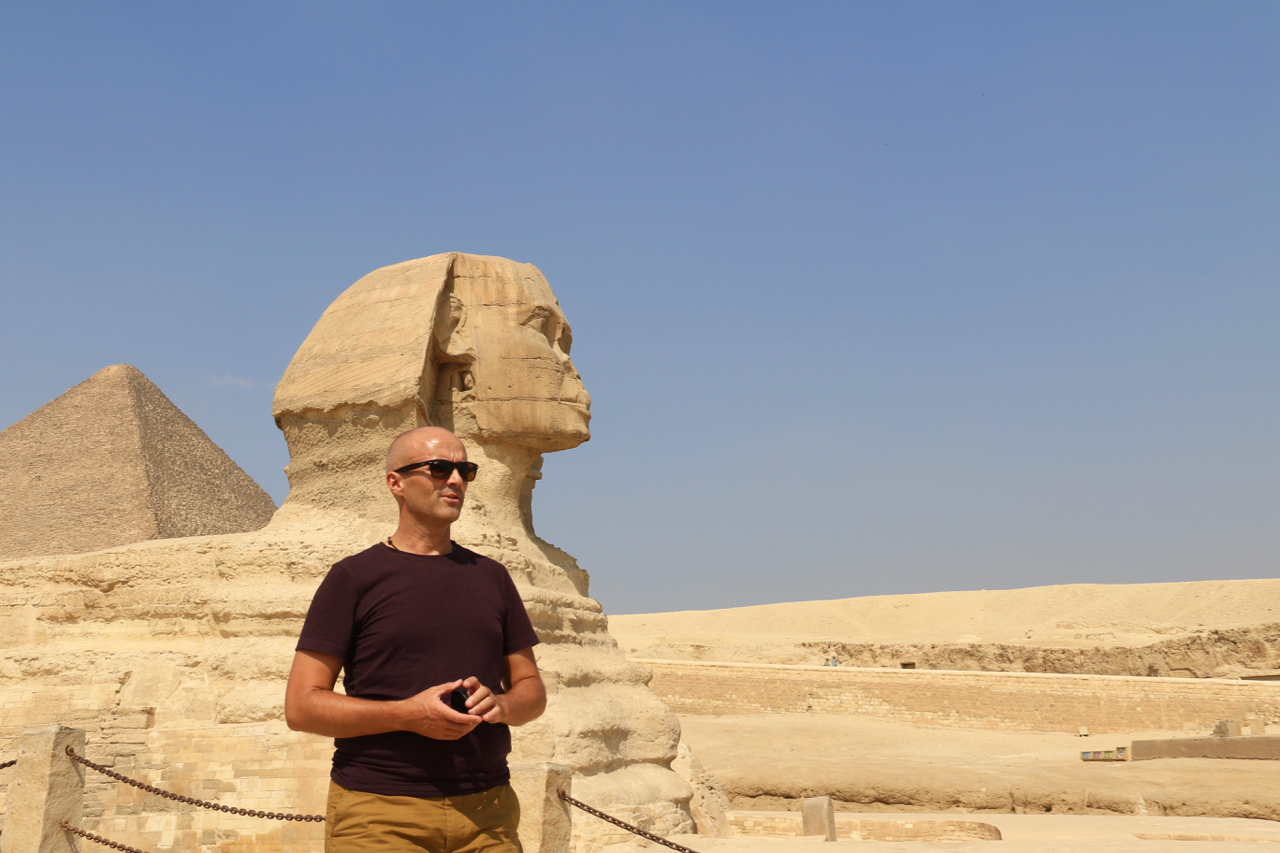 When we went on the felucca there wasn't much room and the crew let me steer luckily I didn't crash. Jacob and I went for a swim in the Nile.

In Hurghada we went snorkelling. I saw a clown fish and there were tons of corals We also went to the waterpark at our hotel. There wasn't much working because of the Egyptian revolution of 2011 but there were still some slides. I slid down four out of five of them. Two of those four were really slow and I stopped about 3 seconds after I started. I didn't do the one in the middle that was really wide because I didn't want to go in backwards. I liked the orange one best because it was a wavy shape and you went fast then slowed down then went fast again until you went into the pool.

When we were nearing the end of our trip we went to the Karnak temple in Luxor at 7.00pm. There was a light and sound show on and we watched it. It was lots of fun but it didn't give us as much information as Ahmed did. The temple was built for the creator, Amon Ra, and it was incredible.

I’ll be honest. Egypt was the place I was most nervous about visiting this year, following the revolutions in 2011 and 2013, and the various plane-based problems they’ve had in the past year or so. I’m happy to say my nervousness was unfounded, except possibly when it come to crossing the road in Cairo.

Our tour visited many of things you most associate with Egypt: the Great Pyramid and Sphinx at Giza; the Valley of the Kings; and Karnak Temple. We were surprised at how few people there were at these iconic places, and were told that tourism has dropped off by more than 80% since the revolutions. As an example, we walked straight into the tomb of King Tutankhamen and were the only ones in there at first, whereas before the revolutions, the queue was up to three hours long. It still pays to get to the sights early, though, not least because it gets very hot during the day.

Of the major sights, I was most impressed with the Temple of Karnak - the sheer scale of the temple is incredible (the pillars are 1.5 Simpson-families around the base) and all beautifully decorated. There is even some of the original colour in some areas, although the paintings are better preserved in the tombs in the Valley of the Kings, being out of the sun and wind. We visited Karnak during the day with our tour guide, as well as going to the sound and light show there one evening. The scale of the buildings was even more impressive at night, but most of the detail was lost.

Other highlights included climbing up (and running down) a huge sand dune outside Aswan, a felucca ride along the Nile (good time to catch up on school work and sleep), and snorkelling in Hurghada, followed by an hour on the water slides at our (largely empty) hotel. Thank you, Rowan, for talking me round.

We arrived in Cairo and were picked up at the airport by the hotel driver. We got there, went through the compulsory security checkpoint at all entrances to any hotel, checked in, went to our room and fell asleep. After about 3 hours our guide Ahmed met us in the lobby. He gave us a quick safety briefing, (drivers will go around you as you cross the road, wear respectful clothing if asked, keep electronics in pockets in the poorer places, and don’t have a bad time, all of which we obeyed) and we organised our itinerary for the next day. This involved a quick 7 hours at the Great Pyramids of Giza and the Sphinx, then a lunch at Falfalfa, the popular takeaway place in Cairo. Then we collected our bags and headed back out to Giza, but this time to the train station.

We saw the local tradition of getting in and out of the train only when the train is going over 10 km/h, and befriended the station policemen. In the morning we woke up and looked out the grimy train window to the area we were passing on the way to Aswan City, our destination. We stayed the night in a hotel on the banks of the Nile. In the morning we boarded a traditional Nubian Felucca, for a two day sail down the River Nile, in which we swam in the shallows, saved a hobbled donkey from torture by the locals, and met a fellow New Zealander entirely by chance. At the end of our voyage, we got in a van and drove for 4 hours to Komombo, a dual-godded temple, dedicated to Sobec the crocodile god, and Horus, the falcon god. For Sobec there was a sacred crocodile picked as soon as the last one died, and the new one was unceremoniously dumped into the deep dark well of its predecessor, who was then being very ceremoniously mummified and buried. There was a museum of the mummified crocodiles, which included a fossil of a baby croc coming out of its egg. after that we went for another 4 hour drive to Luxor city, where we went to Valley of the (dead) Kings, the Karnak Temple, and the tomb of Hatshepsut, the Divine Queen.

Then we drove for 8 hours to Hurgheda, where we explored the half finished water park in our huge hotel grounds. The reason it is half finished is that before the Egyptian revolution, the owner of the hotel thought “Hmm, business is great! let's make it even better by installing a super-huge, super-awesome water park!” But then the revolution happened, and tourism dropped to 20% of its former glory, and hasn’t gone up since.

I really recommend Egypt as a place to go. Even those stories about Egypt Air hijacking are only half true, and we felt safe the whole time. And plus, how could you go your whole life without seeing the only remaining ancient wonder of the world, the Giza pyrimads!!! Our guide* was great, giving us tips about what to do and what not to do, as well as answering every single question from his vast knowledge of modern and ancient Egypt. All the more reason to go!

*we had a guide from the intrepid tour company, which has a responsible tourism policy where the guides only go to animal rides with nice owners and gives you helpful warning about souvenir scams. "They drag you in with a price of 'ten Egyptian pounds', but if you go up to them with cash, the price is suddenly 100"!

We were in Hoi An in Vietnam in May when we read the news of the Egypt Air flight from France exploding just north of Alexandria. I thought that might be the end of our plans to use Egypt as the bridge between Africa and Europe at the end of the trip, given Emily wasn't that keen in the first place.

But, partly as a result of our positive experiences in Morocco and Vietnam and having not heard any worse news we decided to go ahead. And I'm so pleased we did. We felt completely safe, we were well looked after and we had a great time in a unique place.

Seeing the Pyramids and Sphinx in Giza outside of Cairo and The Valley of Kings and Karnak Temple in Luxor were treats. But the real highlight for me was the day and night spent sailing in a small felucca down the Nile, sleeping on board after watching the moon rise over the West Bank. It was a relaxing and reflective time in what has been a pretty full schedule, as we come towards the end of our trip.

We take away happy memories, but from here we return to Europe and winter. We left the cold weather behind in Montpellier in early March and we'll likely find it again when we get to Paris. That's fine. I've had enough heat. I just hope my trousers still fit.