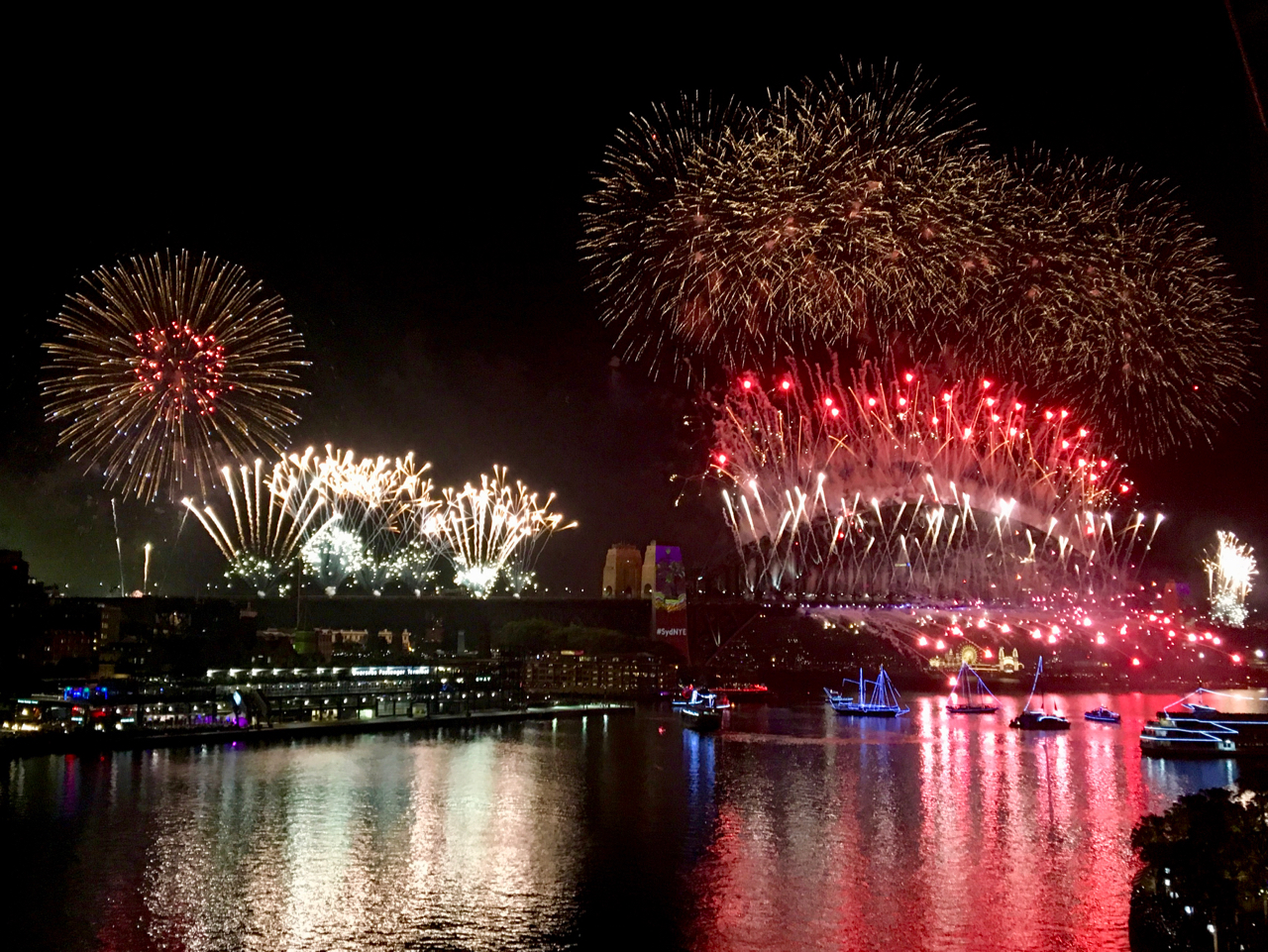 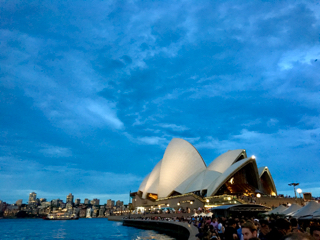 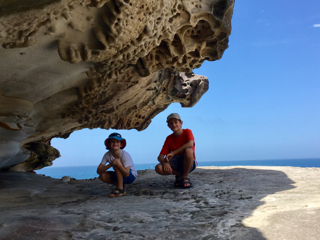 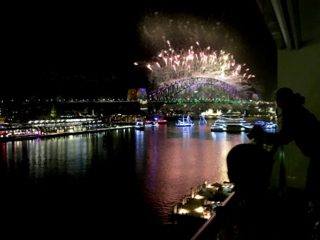 Sydney was cool because we saw the New Years Eve fireworks and they were awesome! We got to stay up until midnight. I liked the part when the fireworks shot up from the Sydney Harbour Bridge. They started just before midnight so the first explosions were on zero in the countdown.

I liked being in Sydney because we had a good hotel. It had a very good view of the fireworks and it had a pool. It was close to most of the things that we went to so we could walk there.

We saw Rogue One (I'm not going to spoil it) It was good and I think you should see it. People who have watched Rogue One already can read on... My favourite bit was when was at the very end when Princess Leia came on.

We did the bridge climb on the Sydney harbour bridge. We had little clips so we didn't fall off even though there were safety barriers. It was a very good view and I want to do it again sometime because then I'll get a gold certificate.

We were so close to home, I could see it! Well, not quite, but almost. Because we were in Sydney, the closest to home we had been since we started this crazy thing. But we weren't home yet, we still had an awesome 5 days in Sydney ahead of us. And it was the best! (Except if you're a kiwi, then it was second best. But if you're an Aussie, it was awesome!). We spent the first day climbing the iconic Sydney harbour bridge, with a company that has also hosted Benedict Cumberbatch (actor who plays Sherlock Holmes in the TV show Sherlock), Jamie Oliver (world famous chef), Usain bolt (Jamaican Olympic sprinter, and fastest man in the world) and Bill Gates (founder of Microsoft). Although, there was unfortunately no-one famous on our climb. Later in our stay, we watched the NYE/D fireworks with an un-obstructed view of the fireworks shooting off the very same bridge we had climbed up only two days ago. My favourite was a curtain of sparks falling into the harbour, and mum's favourite was a purple rain firework in honour of Prince. On our last day we went to the New South Wales Museum of Contemporary Art, which was cool, and then we took the unique double decker metro to the international airport.

WE ARE COMING HOME!!!

I'm not sure that I'd recommend climbing the Sydney Harbour Bridge the day after you've spent 30+ hours travelling, but it does make it really easy to sleep that night! The climb itself was excellent, despite the heat, and we learnt lots while we were up there. It was interesting a few days later going up to the pylon lookout and watching other groups doing the same climb we'd done.

Like many antipodean cities, Sydney's CBD was on holiday between Christmas and New Year - all the offices and most of the cafes closed. Places that cater to tourists, though, were open, ready for the cruise ship passengers to come in and spend. The boys liked opening the curtains in the morning to see what sort of ship would be moored opposite - would it have a water slide? A movie screen?

We did lots of walking, around town, through the Botanic Gardens, and along the coastal walkway from Brontë to Bondi. But the main reason we'd stopped in Sydney was the fireworks. We splashed out on a room with a view of the bridge, which was great. We cooked dinner and ate it on the balcony, watching the crowds on the waterfront and the entertainment on the water until the main attraction - the midnight fireworks.

I'm not a huge fan of fireworks, but even I have to admit that Sydney does them well. Two bridges, seven barges and the Opera House all laden with pyrotechnics, whizzing and banging for ten minutes - an appropriate way to celebrate the end of a spectacular year.

Now for home, and getting the kids ready for school in February!

How do you end a monster year like this? With a bang!

We decided Sydney was the perfect spot to celebrate the end of an amazing trip and the start of a new year. Twice in the past I’ve flown out on the 31st December, but I wasn’t going to miss it this time. They do it well, with spectacular fireworks from barges at various spots in the harbour as well as from the Harbour Bridge and Opera House and various entertainment all evening in the lead up. There is a good buzz right around the harbour's edge, as locals starting queuing 24 hours in advance to grab a prime spot. But we decided to think even further ahead and booked a room with a view to stay in. That required a 5-night minimum stay, and was a bit (!) more pricey than the average AirBnB we’ve enjoyed this year, but in the end worth every cent. And it gave us a good excuse to relax a bit and explore the city parks and beaches, as well as climb up and enjoy the view from the top of the Harbour Bridge, and generally re-acclimatise to the Southern Hemisphere summer conditions after our long flight from Norway via London and Singapore.