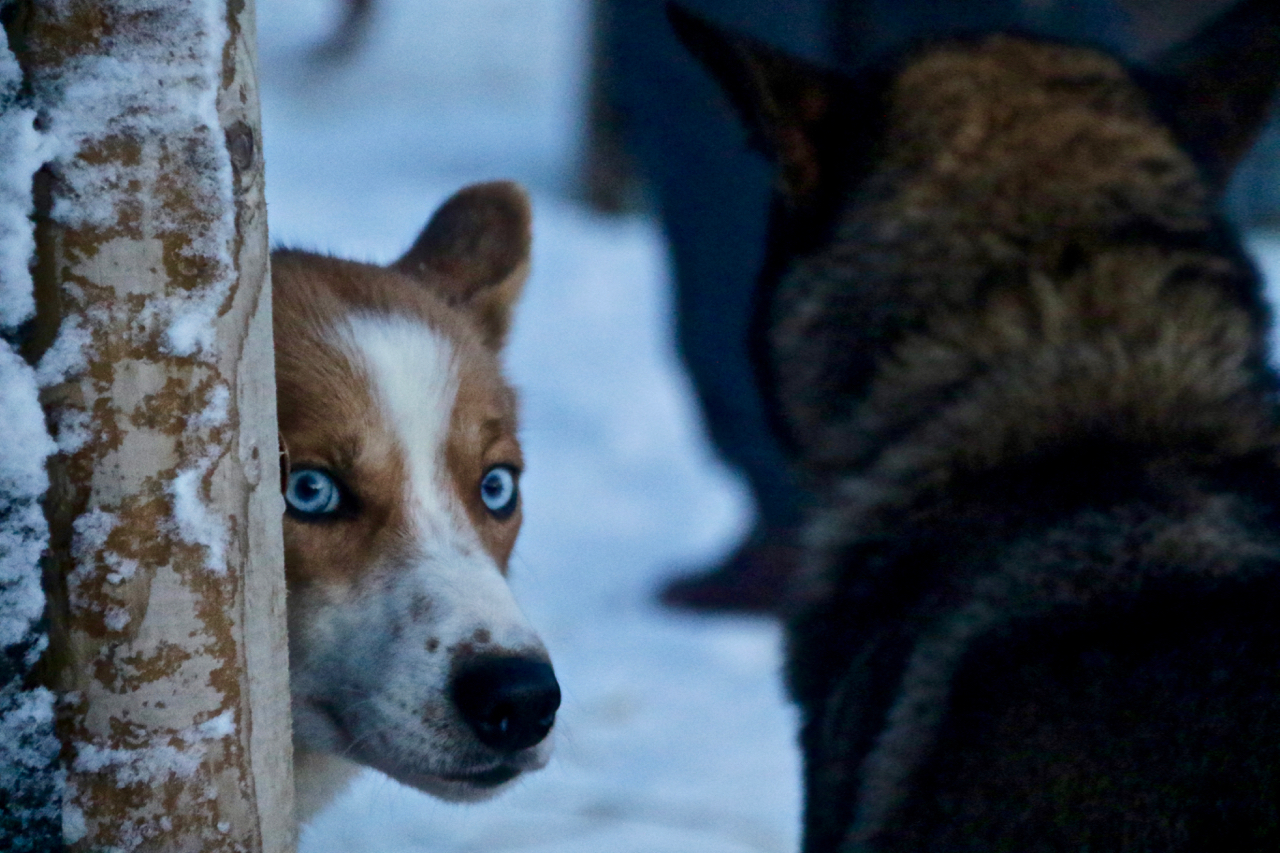 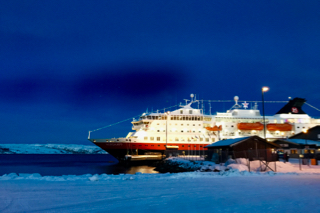 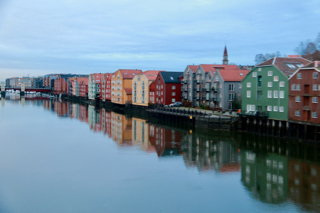 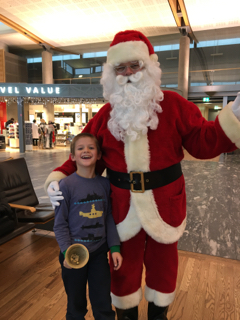 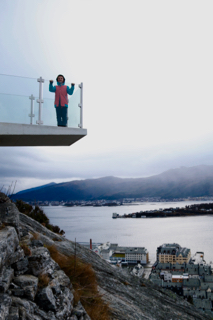 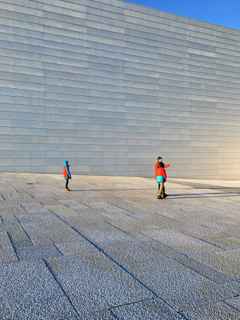 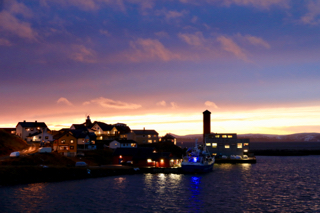 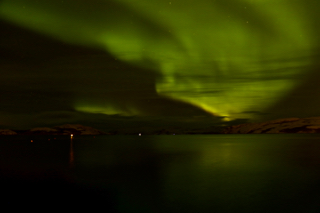 This was our plan: if we're going to be in the Northern Hemisphere for Christmas, we may as well go all in. When we had (unexpectedly) passed below the Antarctic Circle in February, and egged on by Peter Hillary, the boys had decided it would be neat to try and also go above the Arctic Circle and so visit both poles this year.

Next minute, (more or less), we were on a Hurtigruten ship making our way up the fjords on the east coast of Norway, up and over the top, finishing at Kirkenes near the Russian boarder. Our week on board included the Winter equinox so there was no sun at all during a couple of the days. I'm not sure if it was our messed up circadian rhythms or just a reflection of where we were on this long trip, but we all found ourselves wanting to sleep the majority of the time.

The only interruptions were the calls for the “Nord Lys" which had everybody scampering into multiple layers of warm clothing and heading out on deck to see the green sky. What they don't tell you is that in person the Northern Lights are quite different to what you've seen on the postcards - because, I assume, eyes don't have 30 second exposures. But despite that still breath taking and worth the sub zero temperatures and no sun days to soak in them for a bit.

This was properly winter. And suddenly all of the Christmas traditions, which seem quirky in a Southern Hemisphere context, make sense (even if they are mostly German): the trees, the sledges, the lights (stars and rows of candles in nearly every window), the thick red overcoat and bushy beard, the glugg. Even the reindeer (yum yum!) So good!

We started and finished our Norwegian leg in a mostly deserted Oslo (almost 28-Hours-Later-like over the holidays, actually), but we found lots of things to keep ourselves entertained, including the interesting Viking Ship museum and terrifying Olympic Ski Jump (really a stadium).

I've added Norway to the rapidly growing list of places where I reckon I could live quite happily and look forward to our next visit - hopefully for some cross country skiing next time.

I’m pretty sure Oslo is in the world to make London, Tokyo, and New York look like cheap places to visit - it wasn’t hard to spend $NZ100 on a basic meal out for the four of us. On the other hand, if you’re happy to wander around and look at the city and parks, you can be well rewarded. There are lots of beautiful buildings, both old and new, and parks and gardens all over the place. A couple of highlights were the Royal Palace, perched on a hill looking over the central city and with refreshingly low-key security, and Frogner Park, full of sculptures (although the boys thought too many nudes).

Our hope, when we were making our plans, was that we would get a white Christmas in Norway, and when we arrived in Oslo, we thought we might be in luck - no snow, but a beautiful hard frost glittering on the ground and trees, and a forecast of snow in the city while we were cruising through the fjords. Unfortunately, the forecast snow turned into rain, so Christmas was cold, but not white. Still, the trappings of Christmas make more sense in a Northern winter than in summer and it was lots of fun pulling together a family Christmas with what we had with us - a couple of tree ornaments and a random selection of groceries supplied by the apartments we were staying in, plus a few presents each. Santa even managed to find us!

And we did get some snow while we were out of Oslo - Kirkenes, the final stop of our cruise, above the Arctic Circle and right on the border with Russia, had plenty of the stuff. We spent a day there, arriving early in the morning and flying out to Oslo late in the evening. Most of the day we were at the Snow Hotel, about half an hour out of town. There are some permanent structures there, but the drawcard has to be the annex built each year out of snow and ice. Twenty six bedrooms and a lobby bar, each decorated differently with snow frescoes and ice sculptures. I’m not sure how many people actually sleep in the snow bedrooms, but they have plenty of people coming out for a look-see, and to sample their other attractions, including (and this is what brought us out there) dogsledding! They have 180 dogs, which makes about 20 teams and a few pups. The noise is amazing, especially from those left behind at the kennels when a group of sleds goes out - lots of howling and barking. The dogs love pulling, and it’s a lot of fun being behind them, too.

But the crowning moment of our time in Norway has to be the Northern Lights. We hadn’t seen them when we were in Iceland, and the start of our cruise was overcast, so we had resigned ourselves to missing out again in Norway, but when we’d crossed the Arctic Circle, the skies began to clear, and it was only that night that the call came out on the ship’s PA - “Nordlys! Northern lights!” Rowan and I rushed outside, only to be disappointed - is that it? The Milky Way as seen from our driveway is more impressive, we won’t wake the kids. But the next evening, the real show began - lights stretching across the sky, and lasting for longer than we could bear being outside. They look quite different in real life compared to photos, but they’re still a very special sight, especially when the green is tinged with purple, and definitely worth getting cold for.

Didn’t spot any Norwegian Blue parrots, though, living or dead...

As I sit here in the stifling heat of Sydney, thinking back on the frosty weather in Oslo, just 30 hours ago, I find that I miss the cold. Most of this year has been spent chasing the summer around, and the rare moments where we head out onto dangerously icy streets, and snow covered ski slopes are something to be treasured.

Oslo was the starting point for our time in Norway. We spent a couple of days there after flying from London. Then was a flight to Bergen in the west of Norway, to get on the cruise ship. We left that day, to cruise all the way up to the North Cape, the northern-most point in Norway, and across the Arctic circle, (coincidentally, the name of our ship was Nordkapp, which means North Cape in Norwegian), before heading slightly east and south to Kirkenes. BTW, this means that we have not only crossed both polar circles in a year, but also have, quite literally, travelled the globe. (Fun fact; if you draw the polar circles, the equator, and the longitude line on a globe, you get a basketball with continents!)

On the ship we would dock in little towns and cities along the way, as it was sort of a ferry as well as a cruise ship, although most people stay on and go all the way back to Bergen. (Start in Bergen, sail to Kirkenes, then back to Bergen). We didn’t do this because we wanted to have Christmas on land, rather than rocking about feeling sick, which I spent about 75% of the cruise doing. (NO MORE CRUISES FOR ME).

Along the way, I was surprised at how dull the northern lights look in real life. All those stunning greens, with the blue sky and the tiny village… stop dreaming. The northern lights look a bit grey to the human eye. Also, you can only see then on a clear night, and sometimes not even then. I’m not trying to be negative, I just wanted to point those out so that people travelling up there won’t put their expectations too high. It was still really exciting to see them though.

We spent Christmas in Oslo, and thoroughly enjoyed it too, even though it wasn't exactly a white Christmas. although I think there was a problem with Father Christmas’s sorting system, as mum got Lego, and we didn’t!

After Christmas, we flew for 2 hours to Heathrow in London, and then on a 13 hour flight to Changi, Singapore, (!@#%#) then an 7 hour flight to Sydney. 22 hours flying…

Huskies are so cute! At the Snow Hotel there are lots and lots and lots. We went on a husky sled ride and it was so good. We went really fast and went over lots of jumps, going boing boing boing. Most of the time it was very noisy because the two back huskies were brothers and they were always arguing. [Sounds familiar - Emily] We also went tobogganing. Me and Jacob made a jump and Dad helped us. We went over it but we didn’t go very far. The Snow Hotel was made out of snow and ice. There were lots of different carvings in the rooms and in room 26 (I think) it was a kids room because there was Olaf from Frozen, but his arms weren’t made out of ice, they were made out of sticks.

My favourite place that we stopped on the ship was Tromso because there was a really cool cathedral. I liked being on the ship because it reminded me of Antarctica.

In Oslo, we went to the ski jump museum and rode on the ski simulator. From outside it looked like it was going ^ > < ^ v < ^ v > but from the inside it actually looked we were ski jumping but the landings weren’t very bumpy. I don’t want to go ski jumping in real life.

We had Christmas in Oslo. We didn’t get any Lego but I know why. Because Mum took us to Ripley’s Believe It Or Not in London and it was really expensive.

The thing I disliked the most was, like Jacob, the hours of flying to get to Sydney. Meals: (b=brekker L=lunch D=dinner) B B D L B B