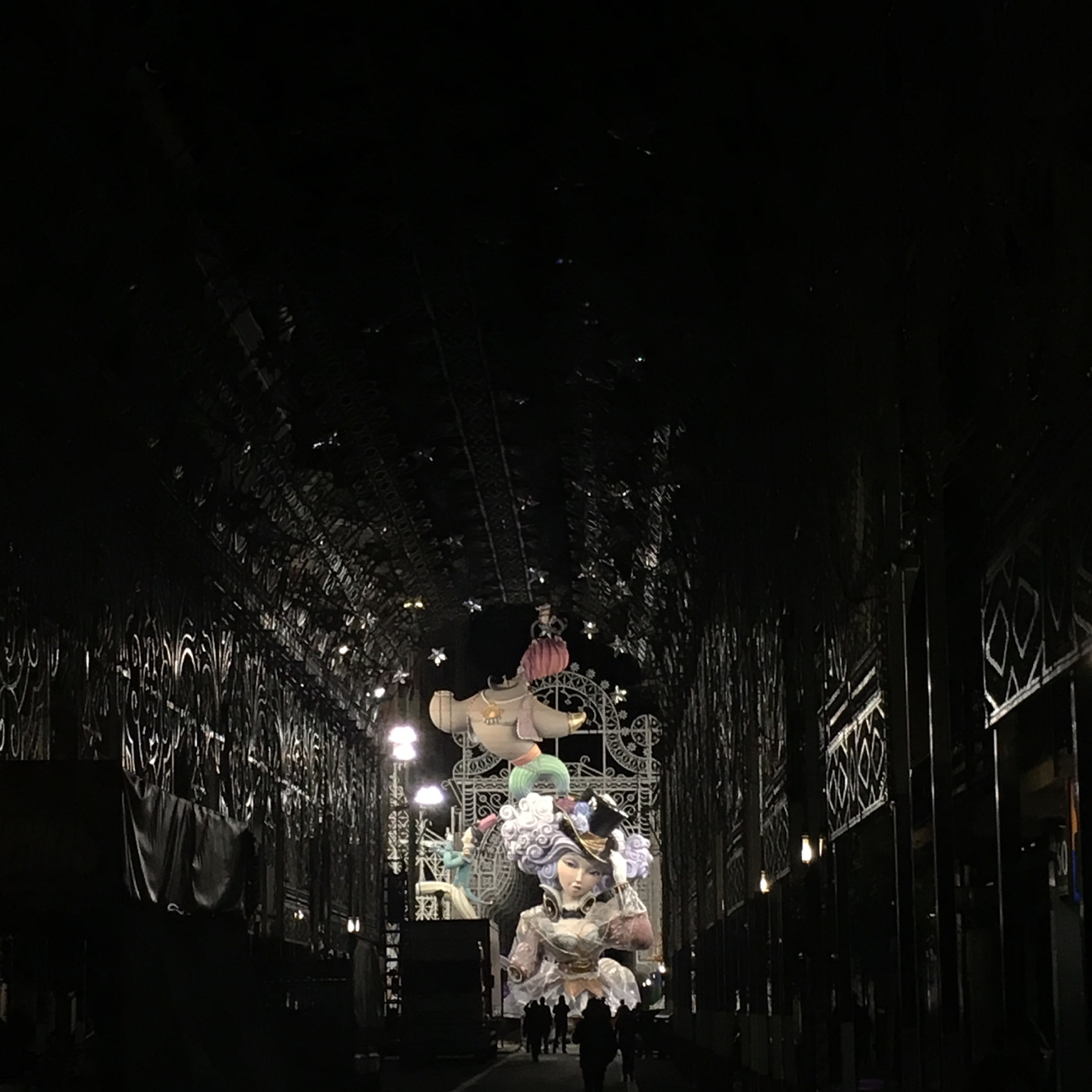 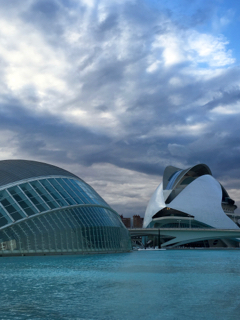 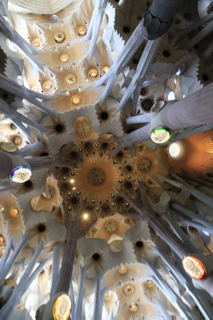 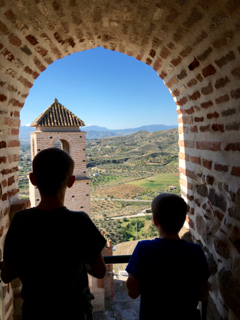 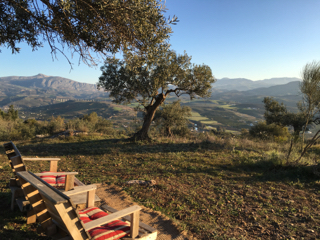 View from our tent, Álora 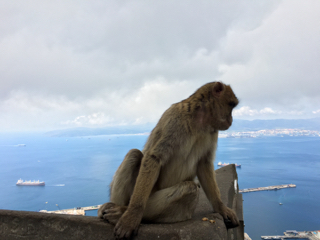 Spain has got the best orange juice that I've ever tried. It's freshly squeezed with no added sugar or anything. In Valencia the streets had orange trees on them, I'm not sure why, but I think it's so that that air that you breathe is nice like oranges. The food was also nice. I liked the tapas, with sausages and potatoes.

We went on some really really fast trains and some of them went past lots of animals but others just went past farm paddocks.

The other things I'll remember about Spain are:

I liked Spain a lot.

It's been twelve years since I last visited Spain - a trip to Barcelona with Jacob just starting to make a bump in my tummy. Quite a few things have changed since then!

We didn't start out in the best shape - Kieran had been unwell leaving Meribel, and Jacob came down with it leaving Montpellier, so our plans to pack our time in Barcelona had to be shelved. But we did manage a two hour visit to La Sagrada Familia. The main body of the church hadn't been finished in 2004, so we were really looking forward to going inside. We weren't disappointed - it's stunning. We were there around midday, which is the best time for the light, as the stained glass windows flood the aisles with colour. The columns soar and the details are absorbing. The boys were impressed, too, and we could've stayed longer, except we were all hungry. I'm looking forward to another visit to see it finished.

Valencia was the next stop, and Rowan's turn for the bug. My lasting impression of Valencia is the scent of orange blossom from the trees lining the streets, but there were plenty of other highlights. We were there in the build up to Fallas, their big festival, and dotted around the city were giant sculptures of people, streets were lit up with decorative lights, and at 2pm every day, the neighbourhoods competed to see who could have the loudest fireworks in the main square. The boys really enjoyed cycling down the old river bed to the science museum and back, and we had good food from markets and restaurants, so we treated all our senses.

After Valencia, we did quite a bit of driving to get to Algeciras, from where we caught a ferry to Morocco. Along the way, we stayed in a cave and a tent, and visited bronze age dolmens (burial chambers), a castle, an old “New Bridge”, and a little bit of Britain. One of the problems we had when planning this year was that there wasn't enough time to do everything justice, and our week in Spain has been proof of that. Ah well, we'll just have to come back one day!

Spain was a bit of a stepping stone down from France. We started in Montpellier, a French city, and then took the train down to Barcelona (or, as they call it there, Barcelona), before catching another train to Valencia. Here we picked up a rental car and drove to a '-> CAVE <-' town called Cortes y Graena! The next day we drove to some dolmens (set out like houses) before driving to a B'n'B that you stay in tents in. Then we drove to Algeciras and visited a brief (But thoroughly enjoyed) moment of english speaking people in Gibraltar!

In Barcelona I was sick, so our visit was hindered in that respect. We still managed to get a two hour trip to the Sagrada Familia in our day, before having to abandon our plans. We spent the rest of the day after that waiting for a FedEx courier that never turned up, so stink.

We all enjoyed our night in a cave, me the most!!! We had a bedroom with a tunnel leading to the outside. Our main living area in the cave was large and spacious.

Throughout our Spain trip we stayed in AirBnB. These were everywhere they needed to be, and the owners were kind and friendly. I don't know about the second "B" though...

From Algeciras we took a ferry to Morocco. (More about that soon!)

Overall, Spain was awesome, and I really want to go back one day.

It turns out that writing about travel is a lot like writing about start ups. Everything is amazing. We're smashing it, hitting all of our numbers, exceeding expectations. Up and to the right, etc. It's mostly true, if you overlook train delays, getting sick, getting lost, and, hardest of all, struggling to get the kids to focus on school work, even very briefly, when the alternative is exploring a castle or medieval town.

Spain was our bridge between the French Alps and the Moroccan desert. We've made our way from Montpellier to Barcelona and then Valencia via train, and then a few days with a rental car a bit further off the beaten track exploring the mountains in Andalusia, eventually ending up in Algeciras.

The highlight was revisiting the Sagrada Familia, and seeing it transformed from what previously looked like a sort of archeological site into a stunning and nearly complete cathedral (although "nearly complete" in that particular case means "in our lifetime, maybe"). It's a rare tourist attraction that can keep the boys interested for two hours, but it turns out to be one of them. Barcelona is one of the places I could imagine living, if circumstances were a bit different.

It was also interesting to visit Gibraltar. It was apparently the last hold out of the neanderthal and is, more recently, one of the last places where you can see a red public telephone box in its original 1960s British high-street habitat.

We found ourselves feeling frustrated that we didn't have more time in each of the places we visited on the way south, especially Valencia where we spent a bit too much time feeling ill, or trying to sort out couriers and rental cars. Maybe we'll return for a longer stay and explore a bit more next time Switzerland win the Americas Cup.

But, visible just across the strait is Northern Africa, and some more adventures, so no time to be nostalgic...