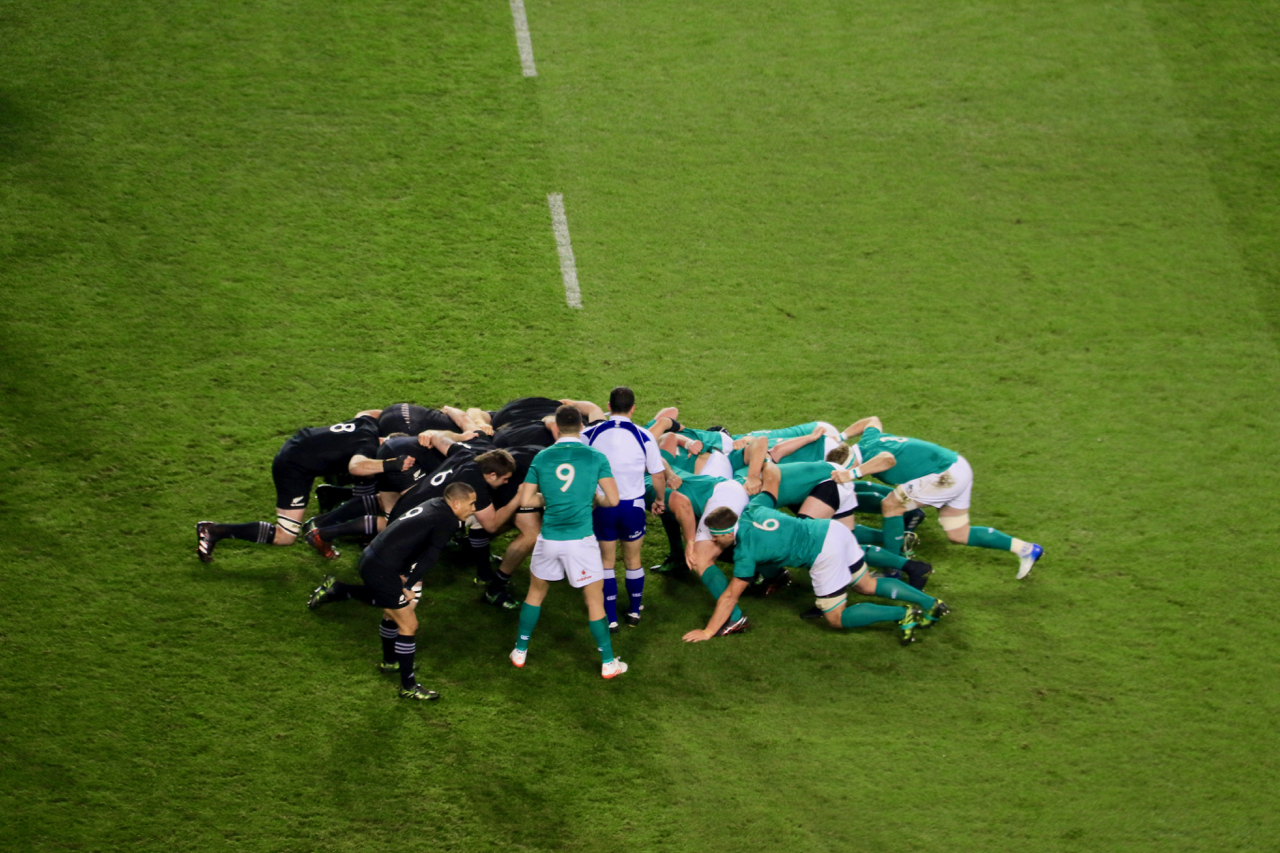 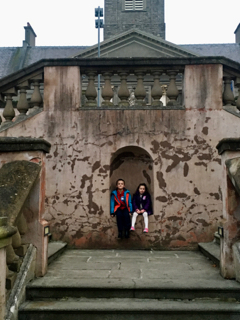 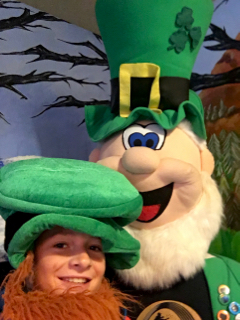 When we lived in London, in the early 2000s, Emily's birthday each November was a chance for us to travel somewhere special - for example, to Paris in 2002 (coincidentally the same weekend as All Blacks vs France) and Cardiff in 2003 (again, by chance, the weekend of All Blacks vs Wales). But, definitely the most memorable was in 2001 when we went to Dublin (All Blacks vs Ireland), which turned out to be Richie McCaw's debut match. Back then we stayed for a week for the full Irish experience and fell in love with the place. We sadly didn't have enough time for that on this trip, but when I saw that the All Blacks were scheduled to play Ireland again this year, and again the weekend after Emily's birthday, I figured we had to make the effort to go. Little did I know that it would turn out to be the most anticipated game of the season.

The old Landsdown Road stadium was a pretty special place to watch a live test match, but the impressive new Aviva Stadium which was built in its place since we were last there is even more amazing. The players feel so close and the atmosphere and noise from the fans - all singing and chanting (and on more than one occasion making it quite clear to the referee that they all thought the tackles were a bit high) - is incredible. It was neat to experience that with the boys, although I worry that Kieran might feel a bit let down by comparison when he eventually makes it to a game back in New Zealand.

We only took "village bags" with us, leaving most of our luggage back in London, and in my case at least that meant I was caught short and unprepared for the bitter cold. But, apart from that we had a pretty relaxed and fun time exploring Dublin, buzzing about in the new LUAS trams, escaping the bitter cold when we could to check out some interesting little museums and galleries, reacquainting ourselves with some of the history of the place, and when we needed to warm up, enjoying some hot chocolates and burgers with friends.

In Ireland, I was so excited because I knew it was the place where I would go to my first ever live All Blacks game ever. It was really lucky that we won. We went with Flavio and Flavia.

I also enjoyed the National Leprechaun Museum where they told you stories of leprechauns and there was a giant's room where you could pretend to be a leprechaun.

I loved an art gallery called IMMA (Irish Museum of Modern Art) and there was a kids area there. I made a diver out of foam and ice block sticks, some black paper, a glue bottle, a transparent pipe and some eye stickers.

The thing I remember most about Dublin is my diver.

Ireland was a sort of a holiday turducken, because we had already moved into our accomodation in London, and left most of our luggage there. Thus, the holiday in a holiday. But the four days we spent there were full of exciting things.

On the first day we went to the National Leprechaun Museum (I'm not even kidding), and second day, and the highlight of our time in Dublin, was the All Blacks vs Ireland rugby match. The atmosphere in the stadium was amazing. The Irish know how to sing and support their team... loudly. But in the end, the fans weren't quite enough to push Ireland over the try line for their second consecutive win against the All Blacks, as the final score was 21-9. And we got our tickets from a recurring feature of our trip, or rather, two recurring features, and they were Flavio and Flavia, our friends from Italy, and more recently, New York. (But it still seems like ages ago that we went to that mozzarella bar right by Madison Square with them, let alone the restaurant's namesake in Rome). They were very enthusiastic about the rugby, and very happy to see us again. They also told us about their new Nelson cheese business (Viavio), which, the last time we met, was still on the drawing board. (I'm not getting paid for this advertising by the way, although we owe them for getting us definite tickets to the rugby).

The third day was spent at the IMMA, or Irish Museum of Modern Art. But we didn't look at any art, instead Kieran and I made art. He made a diver out of foam bricks, popsicle sticks, and some glue to make it stick, and I made a pipe laying submarine with claws to lay the pipes. But after the excitement had died down, and our energy levels were depleted, it was time to go to the airport for our flight back to London. Except it was delayed 3 hours, one of which was spent sitting by the airport in the plane waiting for there to be an opening in the landing queue at London City Airport, as we had missed our original window after the first delay. Then we got home and there was still more traveling on the DLR and the Tube to get to our house. My lasting memory of Ireland will be that split second as the match finished before I looked up at the giant screen and saw the score written in metre high words. That was an amazing moment, just like the other 100 billion moments that made up our time in Dublin.

When we weren’t at the rugby, we were exploring Dublin. The kids obviously weren’t interested in the thing you immediately associate with Dublin - Guiness - but there were plenty of other things to keep us interested. We visited a couple of private museums - the National Leprechaun Museum and the Little Museum of Dublin. I thought the Leprechaun Museum might be a bit cheesy, and parts of it were, but it basically uses the wee men as an intro to the Irish story-telling culture, moving through various rooms to tell different stories. The Little Museum focusses on Dublin in the 20th century, from the days before the Easter Rising in 1916 to the rise of the Celtic Tiger in the late 1990s, with exhibits illustrating everything from visits by the Pope and JFK, to the everyday life of people rich and poor. There’s a whole room dedicated to U2 and another to Alfie, mayor for decades.

I’m a big fan of Tana French’s Dublin murder squad books, so we visited Dublin Castle, now the site of some of the Garda Síochána offices, among other government departments. The boys hadn't read the books, but did enjoy running around on the intertwined snakes set into the helipad in the garden.

We also visited a couple of art galleries, the Chester Beatty Library and the Irish Museum of Modern Art. The Chester Beatty Library has an exhibition of antique books and related objects from around the world, but also, and more importantly to us at the time, it has open wifi, so we could email our hosts and tell them the credit on the power had run out. We didn’t actually get to see any art at IMMA, but they have a great workshop for kids in the weekend, where the boys made art based on an underwater theme, then ran around in the “maze” outside with a couple of friends they made.

I’d like to visit Ireland again in a few years, and explore the whole country. But I think I’ll do it at another time of year when it’s not so cold!