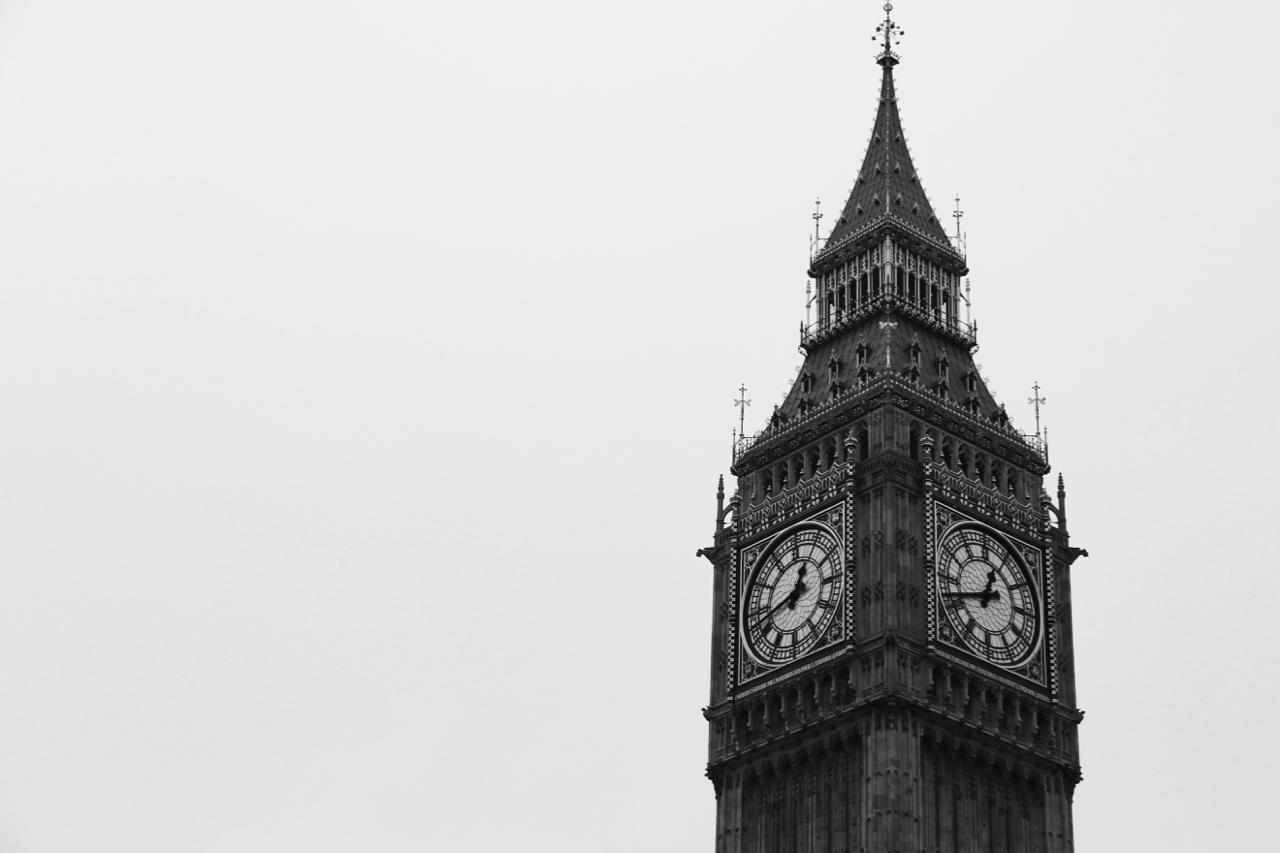 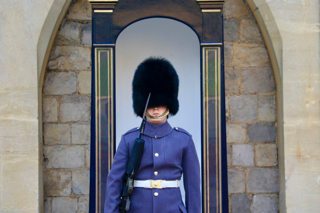 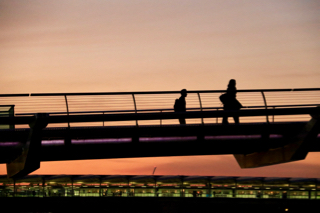 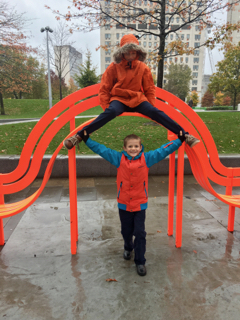 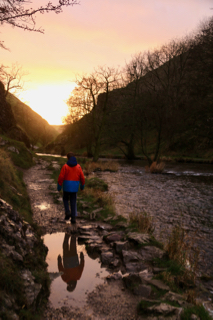 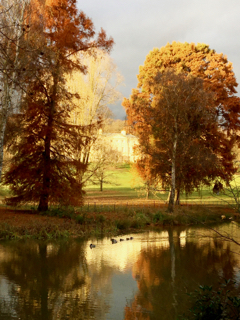 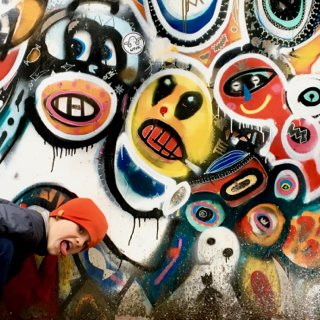 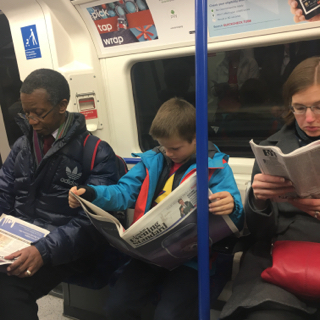 Unlike most of the places we have visited this year, we arrived in London with a pretty good idea of what we wanted to do, thanks to spending three years here before Jacob was born. It was a nice feeling to arrive in a country and know our way about.

With a month to fill we were keen to do a combination of things we’d done while we lived here, as well as some new experiences. Old favourites included the Tate Modern, Tower of London, Windsor Castle, the V&A, and the National Portrait Gallery, while new experiences included a football game at Wembley, Tower Bridge, and a trip to the North West - the Peak District, Manchester, Yorkshire Dales, and Stratford-upon-Avon. But there are still plenty of places we didn’t get to see, especially out of London. Like most of the places we’ve been this year, plenty of things to draw us back!

I was really impressed with the work the museums and attractions have put into developing materials for families, most of which kept the kids interested until their blood sugar levels ran low. The backpacks at the V&A and the multimedia tour at the British Museum were particular highlights, while the activity sheet at the Banqueting House turned a place I thought the boys would want to leave after five minutes into somewhere we had to drag them out of. Their parents learned a bit, too.

We saw a few shows - The Lion King and the Curious Incident of the Dog in the Nighttime with the boys, and as a special child-free treat, the opening night of Matthew Bourne’s new ballet, The Red Shoes. All of these were fantastic - wonderful staging and costumes, and beautifully acted/danced/sung, and at least a couple of them brought a lump to my throat.

And we had a few days where we didn’t do much at all, and they were very nice, too.

On the last day we were in London we went to the Peter Pan playground. It had a big pirate ship. They didn't have anything to stop you climbing up so we did, but we didn't sit on any of the sails because they creaked a lot. They also had a little camp, some swings and a big tree fortress. Sadly it was under construction while we were there so we couldn't go everywhere. We found some friends and we mostly stayed on the pirate ship but occasionally we'd hunt for treasure. There were two treasure chests.

While we were in London, the second to most fun we had, or at least I had, was kicking the leaves around because there were so many. Most of the leaves were from plane trees. Sometimes they seemed like they were waist deep. They made rustling noises.

Red squirrels !!!!!!!!!!!!! Piggys!!! OMG they're so cute! That's what I thought all day when we were on the red squirrel walk. It was in the Yorkshire Dales and I think we saw 20 squirrels. Once I was standing on a bench and a squirrel came and stood on the bench with me. About halfway through the walk we went through a field with two pigs. They were so cute. The farmer came to talk to us on his lunch break. At the very end, I was racing dad and I hurt my knee.

After we saw the squirrels we went to the Wensleydale Cheese factory. We didn't see them making any cheese, sadly, but we still got to do the Wallace and Gromit activities. It was a grand day out ;-)

In the middle of our stay we went to see The Curious Incident of the Dog in the Nighttime. I think that it was :) my favourite bit was when he was drawing with chalk on the ground and it came up on the wall with a projector. I also liked when he solved the maths question and there was CONFETTI!!!!!!!!!!!!!!!!!! There should always be confetti at maths.

November/December is not when you would ideally choose to spend a month in London.

We lasted three winters when we lived here in the early 2000s, each time saying it would be our last. I remember them as overwhelmingly grey and grim. But somehow I'd forgotten the brilliant yellows, oranges and reds. During our time here this time around we saw the leaves go from the final green on the trees to brown slush covering the footpaths.

It at least made for changeable scenery as I revived my affair with running, where I first fell in love with it. There haven't been many opportunities for regular exercise as we've travelled, and some of the cold white mornings in Regents Park made it a bit difficult to get the shoes on, but, as always, I never regretted it once out there. Sadly I didn't get a chance to revisit Finsbury Park track or Richmond Park where I put in so many laps in the past. But, as we've said all year, it's important to always leave some things so you have an excuse to return in the future.

A month seems like a long time. But not when you pack the days full. We managed to squeeze in lots of sport (England v Spain at a packed Wembley and a much more relaxed behind the scenes tour of Emirates Stadium just a long throw in away from our old flat in Thane Villas), theatre (The Curious Incident of the Dog in the Nightime and The Lion King in the West End, the world premier of The Red Shoes at Sadlers Wells, plus visits to Royal Albert Hall and the National Theatre), art and culture (my old favourites: the National Portrait Gallery and Tate Modern), lots of London's seemingly endless museums (the V&A, the Churchill War Rooms soaked up an entire wet morning and then some, the brand new Design Museum in Kensington, and the slightly weird Wellcome Institute collection) and some fun odd things too (the slide at the ArcelorMittal Orbit at the London Olympic Park, requiring all of us to wear elbow guards and rugby-style headgear for the ride down, for example). But still we felt like we barely scratched the surface.

Even so, that's just a list of attractions. A big part of our planning for this year was trying to not only travel but also make sure we had plenty of time being in places. And the really neat part about being in London is just being in London - joining the giant melting pot, minding the gap, reading the papers, navigating the city via the wonderful signage, eating the dodgy curries, experiencing some royal pageantry, riding the underground (although the sleek new Routemaster buses were a bigger hit with the boys), and generally soaking in the history and possibility.

We’ve been lucky to visit many of the great world cities this year. After our month in New York it might have briefly taken the title, but London has made a late comeback. Let’s call it a tie. Either way, I can confidently say it’s not going to be another 10 years before we visit again, and invest some more time here.

After NYC, London was where we stayed the longest. But we spent every day packed with fun and interesting things to do. This included seeing Tower Bridge open, and standing in the east and the west at the same time!!!

We did a LondonPass for ten days, which got us a bargain (buying individual tickets for everything would have been lots more expensive) and priority access into some things. We went to the London Zoo and the Greenwich observatory, the Tower Bridge and the London Bridge (they are different bridges!!), the Hamley’s shop and Ripley’s Odditorium, the Churchill war rooms and Fantastic Beasts (and where to find them), we even went to England vs Spain at Wembley, but left in the last 10 mins, before Spain scored their last goal.

Our house in London was a (rare) fully detached house in central London. It used to be the lodge house for Oakley Square, which is in the triangle between Kings Cross St Pancras, Euston and Mornington Crescent tube stations, if you know where they are. If not, google the tube map and find out, it's useful to memorise the Underground , even just as a party trick.

We got probably our biggest treat yet while in London. LEGO!!!!! Trust me, we miss it SOOOOOOOO much.

Towards the end of our month in London, the (second) worst thing happened (the worst would be either a tube strike or the Thames flooding), the tube got 'severe delays' on the entire Piccadilly line because of 'signalling difficulties'. This meant the whole line was packed to the gap. the "MIND THE GAP"s were pretty useless, as there was no room to step back from the platform edge, meaning the trains came in slower for safety and caused even more delays. Add this to the fact that people kept getting stuck in doors, and you have one of the most important lines brought almost to a standstill.

But despite that, London was awesome, although I don't think we have done more things anywhere else in the world so we're a bit tired out on the plane to Norway, where we will be for Christmas. See you all soon!!!