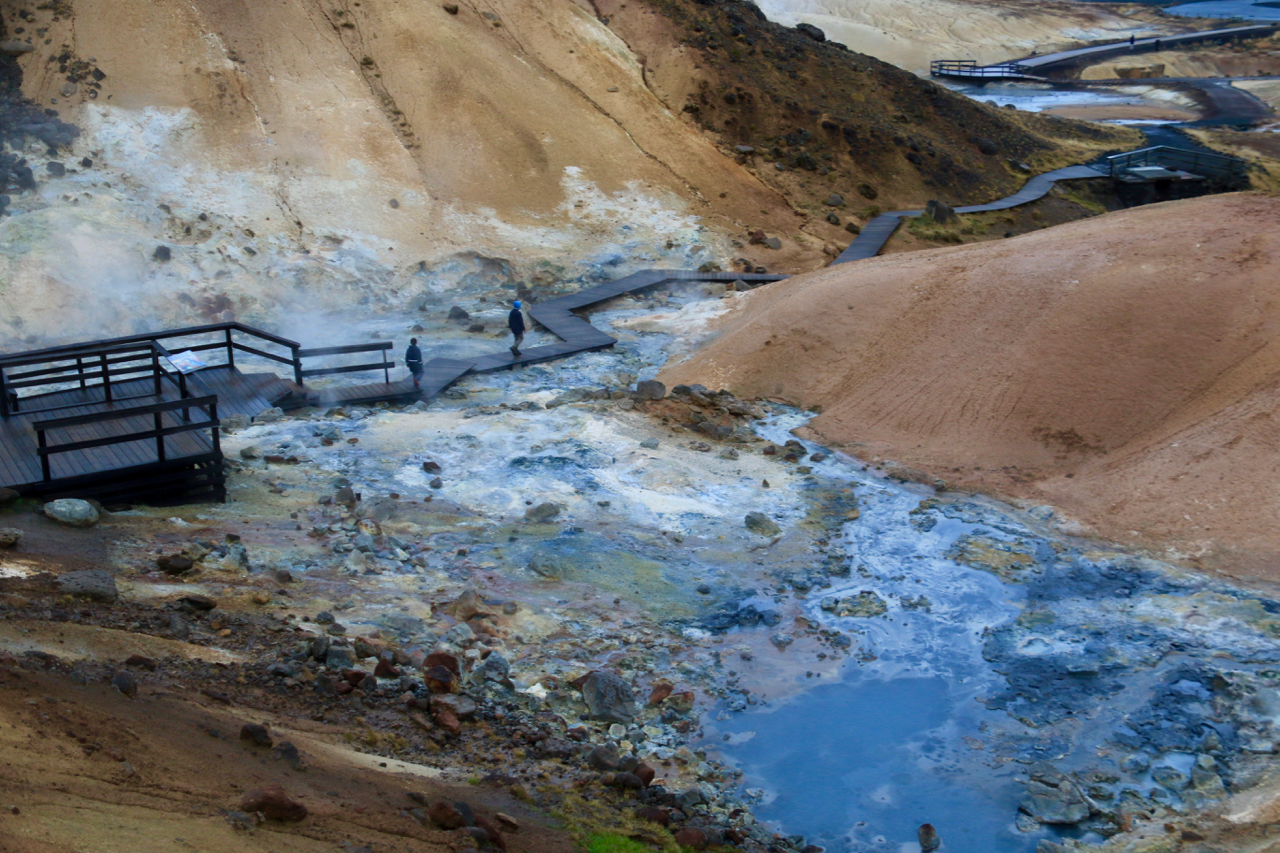 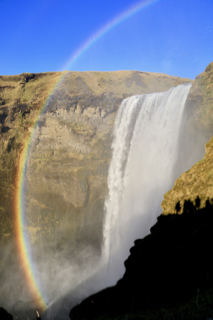 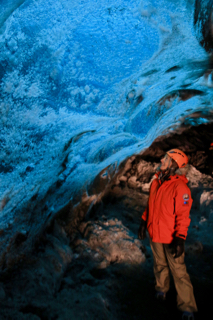 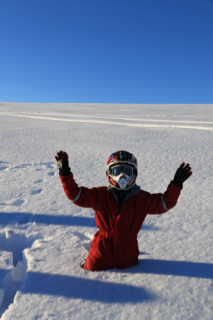 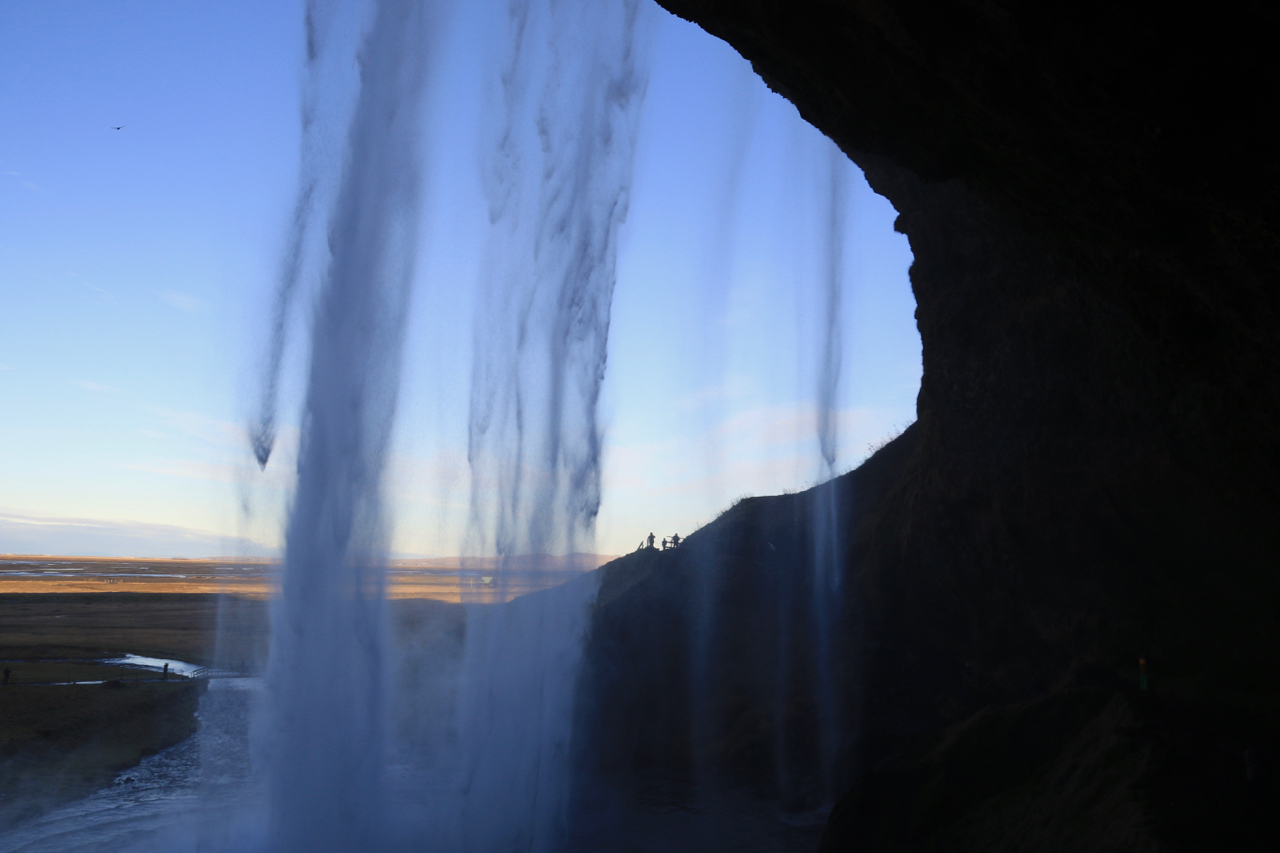 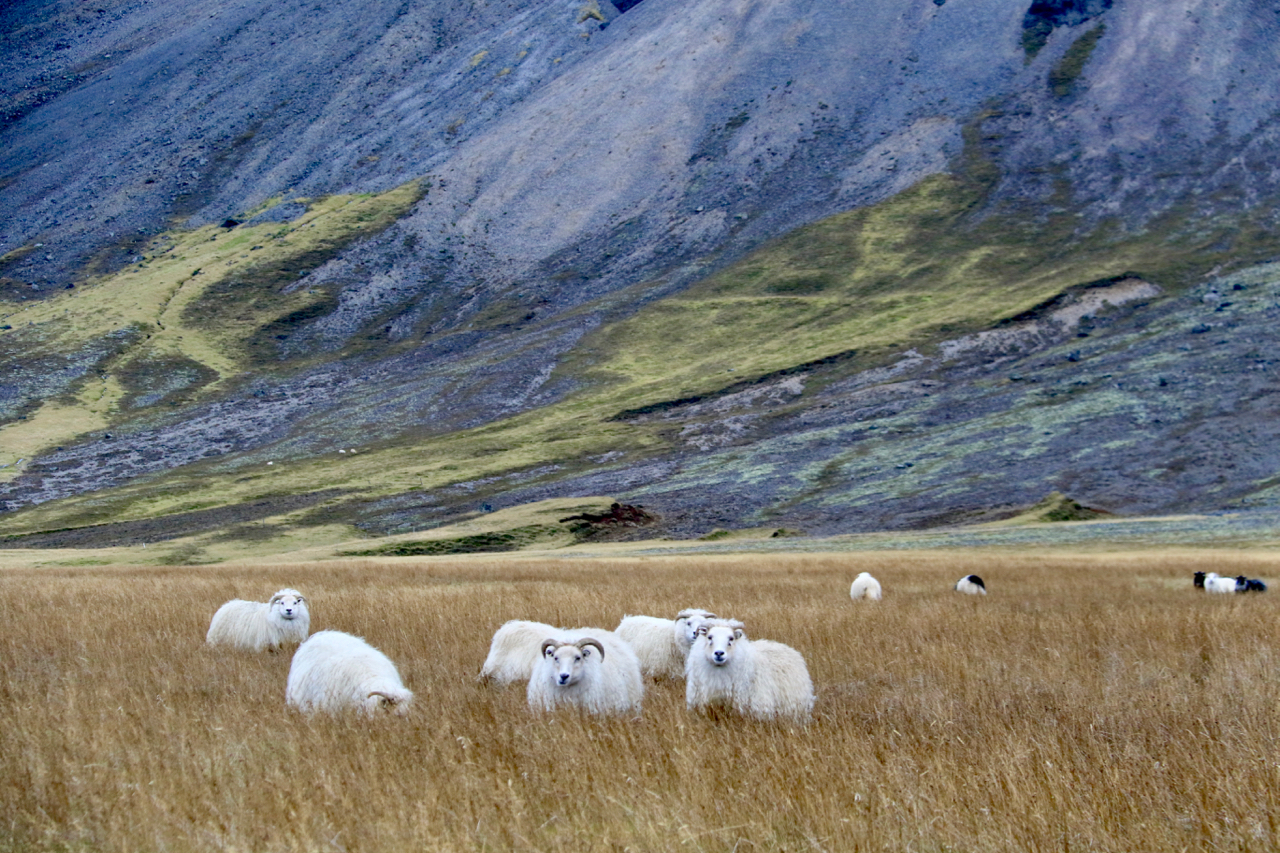 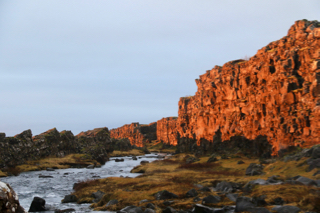 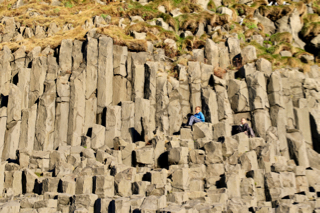 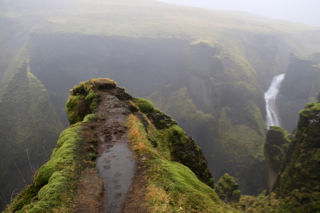 We arrived in Reykjavik on an Icelandair flight from LHR. Then we were met by a rental car guy, who gave us our car for the next week. We immediately set off for our hotel. We had booked a tour that you drove yourself to, so we had a little trouble getting used to the coordinate system on the Navman. But we went to awesome places like þingvellir, the canyon in between the European and North American tectonic plates. We also went to tons of foss, the Icelandic word for waterfall! There were big ones and little ones, wide ones and thin ones, awesome ones and disappointing ones, ones with stories and ones without, but most importantly, one with a cave behind it! We also visited a glacier. ON A SNOWMOBILE!!! Mum and Kieran's snowmobile fell over! We also went inside a natural ice cave with awesome blues (see photo above) and a cool type of bubble ice. We also went to a horse riding place to ride Icelandic ponies... in the rain and the wind. The horses were nice and warm though. On the last day we went to the blue lagoon. It was hot and dad and I got mud face masks.

We had an amazing time in Iceland, and are really lucky to have gone there.

We have inadvertently visited all corners of the Seven Kingdoms this year, from Kings Landing (Dubrovnik in Croatia) to Yunkai (Ait Ben Hadou in Morocco). But we are definitely North of the Wall in Iceland!

We took a bit of a gamble visiting in November. We wanted to come during winter because … well, it's not called Grassland. And, luckily, it paid off. We were incredibly lucky with the weather, having crisp clear days when we were out and about taking in the amazing scenery of the south coast, followed by some properly wet and wild days as we headed back to Reykjavik, where hot pools beckoned.

Iceland, especially out of the city, is full of ridiculously beautiful places with ridiculously complicated names. At times it felt like we had accidentally put the Garmin device we were relying on for directions into Swedish Chef mode.

It’s also a dream to photograph. Point a half decent camera in any direction and there is a good chance you’ll snap something breathtaking. And, it seemed to get better every day, the further we got from Reykjavik. The highlight for me was the opportunity to visit Jökulsárlón and spend some time in an ice cave on the Breiðamerkurjökull glacier. What looked like a small opening in the glacier opened up once we got inside to reveal a large space with light coming through the amazing blue ice ceiling, the melt constantly changing the shape.

As we have gone from place to place during the year we’ve been keeping a list, with the boys, of the different modes of transport that we’ve taken. Cars, bikes, boats, buses, trains. Even rickshaws, kayak and camel. In Iceland we added snowmobile and monster truck, plus stretcher and ambulance in Emily’s case. Hopefully what is still to come is a little less stressful than that.

We still have four countries to go on this trip, so it’s not quite the end yet. But as we say goodbye to Iceland and head back to London en route to Ireland maybe it’s the beginning of the end?

When we arrived in Iceland it was so cold and I was tired and I was confused when mum said time for dinner. I thought we'd eaten on the plane. My favourite things are: When we went snow mobiling, me and mum tipped over because we weren't heavy enough. We also went on a glacier and went inside an ice cave. Jacob and I made seats out of snow. The roof looked like a blue stained glass window. We went to a waterfall and you got to go inside it! There are some beautiful rainbows in Iceland. And last of all we went to a beach called black beach there were hexagonal rocks and Jacob and I climbed on them.

My least favourite thing was: At one of the hotels we were staying at there was a hot tub and mummy burst a vein so she couldn't ride horses or swim in the blue lagoon. Also, we went to see a crashed plane. It was cool, but the 2 hour long walk to get there and the 2 hour long walk back wasn't.

Iceland is one of those places where the scenery looks like it's just come from central casting - beautiful waterfalls, surreal lava fields, sculpted icebergs. We spent most of our first few days there pointing out yet another gorgeous spot.

Our first day began early, which meant we beat the crowds to Thingvellir National Park, and we were the only ones to see the sun hit Oxararfoss for the first time that day. By the time we got to the church and the Prime Minister's surprisingly modest summer residence, the car park was full of buses. From the, we headed to Gullfoss, where we joined a snowmobile tour on the glacier. It's a lot harder than it looks in the movies, but at least the snow was nice and soft when we tipped over.

You'd think that snowmobiling would be the most dangerous thing we'd do that day, but it turned out that getting out of the hot tub at the hotel was. I had a dramatic, but ultimately minor, fall that saw me add two more modes of transport to our list (gurney and ambulance), and head back to Reykjavik to the hospital. One of the staff members from the hotel followed in her car and brought me back when I was discharged at 2.30am, not a small favour considering it was a 90 minute drive.

I took things a bit easy the rest of our time in Iceland. Rowan and the boys went horse riding and to the hot pools without me later in the trip, but I didn't miss out on the scenery. We visited waterfalls and a black sand beach with intriguing geometric basalt columns, and the next day was full of icebergs in glacier lagoons, and an awesomely beautiful ice cave at the base of a glacier. On our last day on the road, we had a pleasant walk up Fjathrargljufur canyon, and an hour long walk through a flat black field of stones under a flat white sky to a DC3 that crashed in 1973 when the pilot thought he'd run out of fuel. That was followed by an hour long walk back to the car.

Then we had a couple of days exploring from Reykjavik. More amazing scenery, with colourful mud and steam vents, tall cliffs and crashing waves, and the riding and hot pools for the rest of the family.

Apart from my accident, we all really enjoyed our time in Iceland. I'd love to visit again in summer, but it might be a few more years!